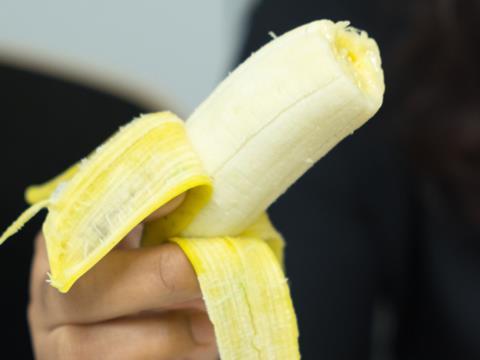 Demand for all things organic, including bananas, continues to rise

Sales of organic bananas have increased by over 25% in the past year, meaning almost one in 10 of all bananas sold in the UK are now organic.

The 25.5% increase in sales means bananas are the fastest-growing product across all organic food and drink, according to the Soil Association [Nielsen Scantrack 52 w/e 1 July 2017].

“Sales of organic bananas are higher than organic beef and almost level with organic egg sales. After organic babyfood and carrots, bananas now have the third-highest sales in this market,” said Finn Cottle, business development manager at the Soil Association.

“It could be because, like organic milk, organic bananas, which are often linked to a better deal for producers, are seen as an easy way to buy into produce that feels healthier and cares for growers.”

Organic fruit sales are also up 12.6% in the past year, while organic tomatoes and salad sales have risen 13.1% and 7.9% respectively.

It comes as demand for organic food and drink has risen for the fifth year in a row, according to the Soil Association’s Organic Market Report 2017.

Alongside increasing consumer demand for organic produce, the Soil Association says a growth in innovations within the organic sector has also fuelled the rising sales. This includes NPD in categories such as nut butters and confectionery, which have grown by 21% and 8.3% over the past year.