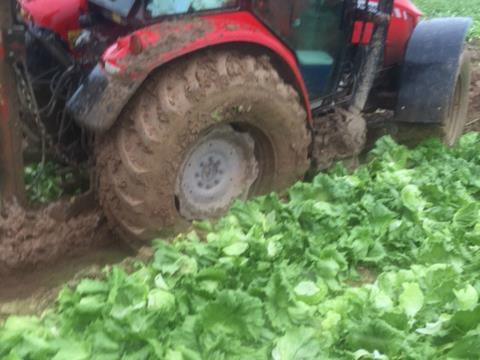 Supermarkets could see salad shortages in the new year as wet weather in Spain has damaged large areas of crops.

The Murcia region has seen the heaviest rainfall for 30 years, which could pose supply problems for retailers ahead of the new year health kick, according to the Leafy Salad Growers’ Association.

Rainfall has damaged salad leaves, broccoli, tomatoes, peppers, cucumber and citrus crops in the region, which provides about 80% of Europe’s fresh produce during the winter months.

Some fields have been reduced to 30% capacity after receiving 150 to 250 litres of water per square metre, the grower body said.

“These have been among the worst downpours we have seen since these farms were established in the 1980s,” a spokeswoman for the association said. “The rainfall has been so intense that the ground is saturated and there is nowhere for the excess water to go.

“It has become difficult to pick the crops or bring trailers in that are already out in the fields because the soil is too wet.”

The flooding has meant some Spanish growers have not been able to harvest for several days, according to Andy Weir, head of marketing for wholesaler Reynolds.

“Of course, any adverse weather conditions come January would be particularly tricky, as many consumers turn to healthier eating following the Christmas period and demand for salad ingredients generally increases,” said Weir.

In 2013, salad brand Florette changed the mix of its salad leaves in its biggest-selling line due to poor weather in the UK and Europe.

However, a spokeswoman for the salad brand said it did not anticipate supply issues in the new year due to its “unique position on diverse locations and integrated grower base”.