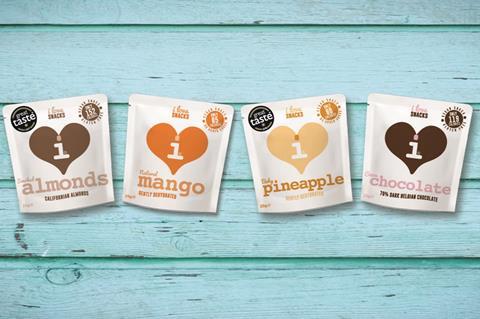 ’Better-for-you’ snacks company I Love Snacks has returned to crowdfunding platform Crowdcube for a second time in a bid to raise £300,000 in return for nearly 11% equity to help it on its next stage of growth.

The company, which sells through more than 300 Waitrose outlets, several airlines and hospitality companies including Starbucks in five mainland Europe countries, has returned to CrowdCube after raising £220,000 through the platform in September 2017 – more than double its target in just six days.

It had raised 22% of its current target by late Monday afternoon – £67,470, divided among 56 investors, which it achieved since going live on the site on Friday.

Founder and managing director Amanda Cook told The Grocer she wanted to set up the company’s own packing facility in the North of England, expand the sales team and increase marketing activity to secure more account “wins”.

Investment rewards range from 50% off a first order from the website to involvement in new product development with taste testing, a supply of I Love Snacks delivered throughout the year over the lifetime of the investment and an invited for dinner to celebrate the success of the campaign and biannual meetings with Cook for investment of at least £25,000.

Cook said annual turnover this year would be about £330,000 but it still had to reach breakeven. “We are talking to high-street stores and other grocers…but these things take time.”