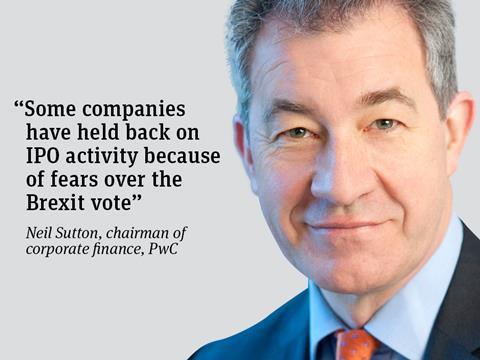 On 10 May,Hotel Chocolat raised £55.5m through a London IPO to bolster its expansion drive.

Despite tough IPO market conditions, Hotel Chocolat was priced at the upper-end of the range and its share price soared 28% on the first day of trading. The IPO valued the company at £217m which equals c.27 times its latest reported EBITA (earnings before interest, tax and amortisation). This valuation demonstrates the strong investor appetite, driven by high growth expectations despite Hotel Chocolat being in retail and on the high street which is generally considered a tough place to be. The market reaction had similarities with Patisserie Valerie – the UK high-end patisserie– which went public on AIM and shows a share price increase of 15% since its IPO in May 2015.

Hotel Chocolat has been the first UK sizeable food & beverage IPO since Fever-Tree in June 2014. A key question is if this tells us something about investor sentiment for retail and grocery/fmcg.

In reality, Hotel Chocolat is quite a unique story involving a vertically integrated business selling in a multichannel environment. Its uniqueness means it cannot easily be used as predictor for near-term IPO activity in the food & drinks sector.

The pipeline for food & drinks IPOs being planned in Europe is relatively limited, as recorded by Dealogic. The wider retail & consumer sector in the UK, however, shows a couple of IPOs in the pipeline aiming for flotation in the next few months, e.g. Joules (fashion; AIM admission on 26 May), Mountain Warehouse (outdoor clothing & equipment), and Original Bowling Company (bowling centres). As always, it will be interesting to see how they will perform on the envisaged listing track.

Dual-track processes where parties explore both a sale to trade/private equity versus IPO have become common practice. PE-backed IPOs continued to represent more than 50% of UK IPO activity and often go via dual-track as well. However, companies such as Brakes, Moy Park and United Biscuits all went to private owners despite considering a potential flotation. Interestingly, the two founder/shareholders of Hotel Chocolat have previously raised money through so-called chocolate bonds and made the subsequent decision to go for a straight IPO without the dual-track process.

Hotel Chocolat is a welcome boost for the London IPO market, which has seen a sharp decline of 42% this year compared with 2015. Only £1.8bn was raised on London stock exchanges over 2016-ytd, down from £4.3bn over the same period in 2015 [Dealogic]. Some companies have held back on IPO activity because of fears the Brexit vote could end up with the electorate opting to leave. 16% of IPOs were publicly postponed or withdrawn in Q1 2016 (vs. 6% in Q1 2015). This is due to the EU referendum looming and uncertainties still remain, but also impacted by trade sales which continue to divert owners from the listing route. The pause button was pressed on European IPO markets in the last few months but hopes remain for 2H 2016 and a strong 2017 flotation pipeline.

Despite challenging market conditions, companies with strong equity stories and good management teams have successfully completed their IPOs. AIM has been a bright spot in Q1 2016, with increased activity seen across a range of sectors, but as with the wider IPO market until there is more macroeconomic certainty and until we know the outcome of the EU referendum, it is difficult to predict when IPO activity levels will pick up again. The pipeline of companies preparing for IPOs towards the end of 2016 and into 2017 looks generally healthy, but as the IPO window begins to close as we get closer to the EU referendum and traditional summer hiatus, we expect that there will be increased volatility where people won’t want to price IPOs.

Perhaps the most important questions for potential issuers in the retail & consumer sector looking at the IPO market and considering their suitability are: what are the factors that investors are focused on? And what do we need to demonstrate to achieve a successful public market listing?

The point that comes up most often in speaking to investors and brokers is that in this industry they are looking for “sustainable and profitable growth”. When pushed as to the ingredients that tend to underpin that, investors will tend to cite a number of areas: a strong brand is usually key, one which stands for something clear and where there is good evidence of connecting with consumers. They are looking for evidence of clear differentiation and barriers to entry, whether in the form of intellectual property or brand value, or in the product range on offer.

Investors want to see evidence of growth but - just as important - the headroom to continue to grow, backed by a good account of the economics behind rolling out the proposition. They will look hard at the marketing strategy, including the investment required to maintain or build on the historic growth rate - that will be key to building confidence around margins and returns. Last but not least, they are looking to buy in to strong and well-proven management teams who have been key to the success so far and who will be invested and motivated to continue to do so once the business is listed.

Neil Sutton is chairman of corporate finance at PwC