Better education on vaping is needed to keep smoking in decline 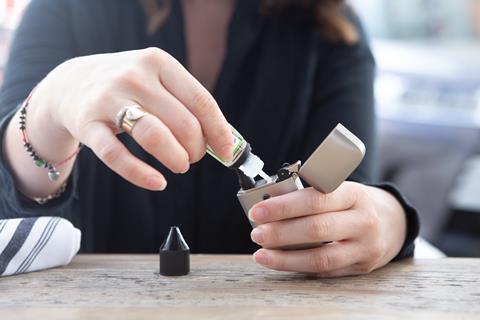 Smoking prevalence rates in the UK have fallen to record lows, according to data released in July by the Office for National Statistics.

Despite that accomplishment, smoking continues to be the leading cause of preventable death and disease in the UK – killing more people each year than road traffic accidents, obesity, alcohol and drug misuse combined.

This distressing fact highlights a growing level of apathy towards the dangers of smoking that needs to be addressed.

That said, at first glance, the figures are encouraging. Smoking rates are falling, from 14.7% to 14.1% year on year, while the proportion of smokers giving up is now at the highest level in almost 50 years, and 62.5% of those who have ever smoked say they have now quit.

But if you dig a little deeper, you realise these figures mask a worrying trend across the country.

While figures for the south indicate the war on cigarettes is succeeding – London, for example, has seen smoking prevalence decrease from 19.2% in 2011 to 12.9% last year, the equivalent of 330,000 fewer smokers – the rest of the country is littered with areas where smoking levels have plateaued or even increased.

Towns and cities across the north, from Blackpool to Hull, consistently finish in the top 10 of the highest proportion of smokers in the country. Sadly, the public health impacts are stark: these areas also lead the country when it comes to smoking-attributable hospital admissions and deaths.

Having smoked for 20 years, I know from personal experience how difficult it is to quit. To be clear, as a company we believe smokers should first and foremost try and give up combustible cigarettes entirely – and those who have not successfully quit should completely switch to potentially less harmful alternative nicotine products.

One of the options available is e-cigarettes and the same set of ONS statistics also highlights the increasing number of vapers across Great Britain, estimated to be around 3 million last year. Importantly, almost all of these vapers are former smokers (less than 0.4% of vapers have never smoked) and the main reason given for taking up vaping is a method for transitioning away from traditional cigarettes.

But for all the growth the vaping industry has seen in recent years, there remains a distinct lack of information about the harm reduction potential. Furthermore, trust in the category has been eroded by stories stemming from the US and vaping-related health issues.

While these cases are tragic and are rightly being investigated, reports indicate they have been likely caused by vapers ingesting illicit ingredients – typically sourced on the black market.

We will continue working with regulators and stakeholders to improve the information available to smokers in the UK about the harm reduction potential of vaping.

If we don’t, we risk an entire generation of smokers across the UK believing that the risks of trying to quit smoking are simply not worth it.

And that could see the progress the UK has made in eradicating cigarettes going up in smoke.