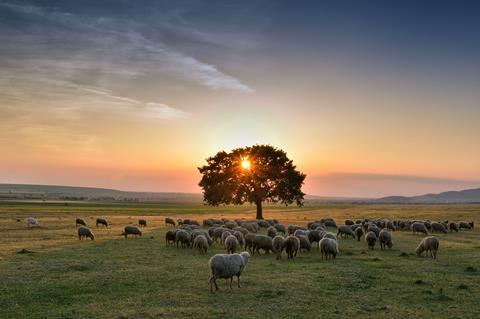 Henry Dimbleby’s proposed National Food Strategy should be praised for its efforts to bring better nutrition to the most vulnerable families in our society, recognising poor nutrition is overwhelmingly linked to poverty.

However, the strategy seems to ignore the dynamics of grocery pricing and how taxes tend to get felt most at the bottom of the supply chain.

After years of price wars, most grocers will not favour increasing the price of food to its shoppers, irrespective of the sugar and salt content and despite the fact the cost of food in the UK is not expensive in comparison to other countries. This means, rather than tax increases for ‘unhealthy food’ acting as a disincentive for cash-strapped shoppers who choose the cheaper unhealthy options, the tax is most likely to be felt by the food producers and farmers at the bottom of the supply chain who are already operating on wafer-thin margins. Sadly this additional cost pressure could lead the families of food producers in our country into poverty and potential business failure.

In 2018, we saw a lot of recipe innovation when the soft drinks levy was introduced, and I suspect food businesses will respond in the same way and develop recipes with lower levels of salt and sugar. In this way the tax is a nudge to producers rather than consumers. However, the fact the government would even consider drafting legislation to stop food businesses being viable is simply madness.

This is not the way we should be supporting British farming. If local food producers cannot succeed, we are taking ourselves on a very different path to a future of being more sustainable as a nation – so we must keep the high standards local food producers adhere to and support farmers as custodians of our countryside. If we move further away from being sustainable, it will become even more likely that cheaper – and less healthy – imports will lead us in the direction of being even less healthy, adding further long-term cost for the government and its plans to tackle the huge cost of obesity on the national health service.

Of course, the suggested increase in consumption of fresh vegetables through NHS contracts for obese or unwell people is something to be welcomed by the farming industry – particularly if the procurement is domestic – since it is highly likely to focus on a fair price for producers rather than profits in the retail chain. But what use is the food without the knowledge of how to use it to prepare healthy and nutritious meals?

The National Food Strategy review fails to address the criticality of educating consumers about how and what to cook to keep themselves healthy. Many families today don’t cook, something continuously pointed out by Rosemary Shrager in our REDTalks. The desire for something quick, easy and filling is what leads people to ready meals as well as restaurants and takeaways. Without that missing ingredient of education, I sincerely doubt consumers will change their habits significantly enough to make a difference to their health.

We need a whole industry approach where the import/export angle is considered over a period of time, correctly legislated and with top and bottom food value chain managed. Further, while market forces have driven agriculture towards scale, which is how the lower-priced food we buy today is possible, it does come with a cost – both in nutritional content and environmental impact.