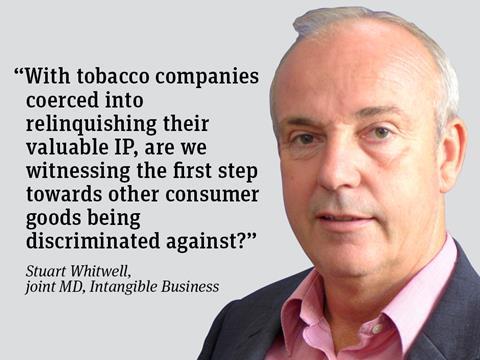 A new Australian study is the latest ammunition used by the UK government as it wages war on tobacco brands with its plans to enforce standardised packaging. The study is expected to show that smoking rates have reduced since the Australians adopted plain packaging, yet tobacco brands are also warning this will make it easier for counterfeit cigarettes to be smuggled into the UK.

Following in the footsteps of Australia, all cigarettes sold in England will have uniform packaging in terms of size, shape, design and colour by May 2016. Brand names would also be uniformly displayed, devaluing each of the companies’ brands and connected intellectual property.

Opposition in Australia is still under way, three years after the law was passed. Following a series of unsuccessful high court battles, tobacco companies are now backing countries such as Ukraine, Cuba, Honduras, Indonesia and the Dominican Republic to contest the law due to a possible breach of international trade agreements, a concern that has also been raised with regards to the new UK law.

There is also a specific risk for tobacco brands that the simplicity and uniformity of the new packaging will increase the opportunity for fraudsters to make and sell counterfeit cigarettes.

Campaign group Forest described the legislation as another attack on the “denormalisation” of tobacco and questioned the extent to which it sequesters freedom of choice.

The media continually reports on the perils of binge drinking alcohol and consuming sugary drinks and fatty foods - could they be next to find their IP confiscated? With tobacco companies coerced into relinquishing their valuable IP, are we witnessing the first step towards other consumer goods being discriminated against?