Sensationalist reporting about the ‘dangers of red meat’ must stop now 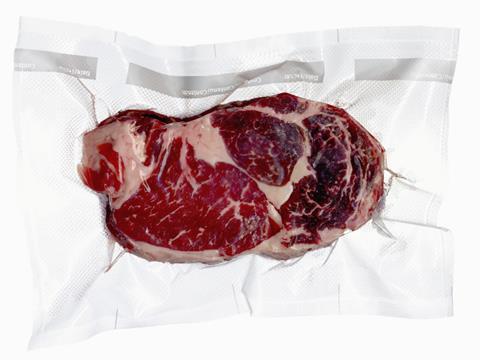 “If when you went to buy red meat you were confronted with pictures of bowel cancer, the chances are that you would think twice about buying them,” said Kenny

Red meat should carry health warnings. Or so says behavioural psychologist Emma Kenny, who has been hired by Food Standards Scotland on its new obesity campaign against upsizing. Speaking to the Scottish Herald last week, Kenny said people would be far less likely to pick up red meat in the mults if they were faced with graphic images of bowel cancer on the pack.

“If when you went to buy red meat you were confronted with pictures of bowel cancer, or pictures of tooth decay when you picked up those sweets for your kids, the chances are that you would think twice about buying them,” she was quoted as saying.

It’s not the first time we’ve heard calls for tobacco-style health warnings on red meat, but it’s surprising – and worrying – to hear it from someone who is advising government.

Not least because Kenny’s assertion people could be saved from bowel cancer if they were warned against red meat – just like warnings on tobacco have protected people from lung cancer – is misleading, to say the least.

Firstly, the link between red meat and cancer remains hotly contested due to the difficulty of proving cause and effect in nutritional science. According to the WHO, there is only enough evidence to class processed meat like bacon and ham as a Group 1 carcinogen, alongside tobacco, and that’s probably because of the nitrates used as preservatives.

Secondly, the risk from even processed meat is far, far lower than the risk from cigarettes. To put it into context, the NHS estimates that about 86% of lung cancer deaths are attributable to smoking. In contrast, World Cancer Research Fund analysis of the WHO report on processed meat suggests that, among 1,000 people who eat the most processed meat, you’d expect 66 to develop bowel cancer at some point in their lives – which is just 10 more than the group who ate the least processed meat.

Thirdly, unlike cigarettes – which are just a bad habit – red meat is a great source of protein that also provides vital nutrients such as zinc, B vitamins and potassium. Scaring people off eating it altogether might actually do more harm than good, especially for certain groups, such as those deficient in iron. This was something recognised by the WHO, which issued a clarification in the wake of its report insisting it was not advising people to stop eating red meat altogether, just to moderate their consumption of processed red meats.

Unsurprisingly, FSS has moved quickly to distance itself from Kenny’s comments. The Scottish watchdog says it worked with the TV presenter during its #notoupsizing campaign to get “a different perspective” as to why people might go large with meal deals. But it insists the views she voiced in the Herald on red meat health warnings were all her own, and nothing to do with the campaign.

“Featuring graphic health warnings on food packaging is not something Food Standards Scotland is considering,” said a spokeswoman.

“We’ve provided a broad range of recommendations to improve Scotland’s diet to Scottish government which includes improving Scotland’s food environment and making healthier choices easier for consumers. Our view is that no sole measure can tackle this deep-rooted health problem – government, industry and the public all have a role to play.”

Which is a relief. But this is all a timely reminder of why the industry needs to start taking the proverbial bull by the horns – not only when it comes to countering the increasingly hysterical claims against red meat with science and fact, but also in terms of promoting its very important health benefits.

Hopefully, the new generic campaign launched by levy bodies AHDB, HCC and QMS will start doing that. As AHDB’s chief marketing and communications officer Christine Watts said, encouraging people to eat a balanced diet is one thing, but the “ill-informed and sensationalist reporting” encouraging people to cut down meat or cut it out altogether must stop now.