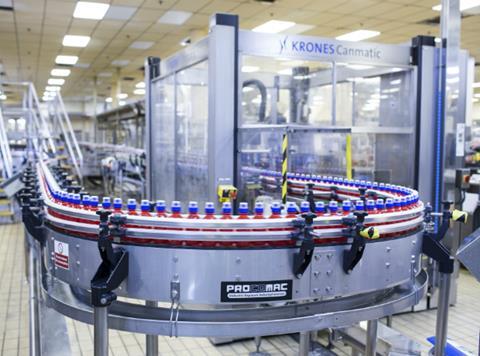 Hundreds of food processing jobs are at risk in Norwich after Britvic confirmed it will pull out of the Carrow Works site it co-owns with Unilever.

Following a consultation with workers, Britvic announced on Friday it would press ahead with plans to close its Norwich plant, which employs over 240 workers, at the end of 2019.

Production of Robinsons and Fruit Shoot would be moved to Britvic’s other UK manufacturing sites in London, Leeds and Rugby, said CEO Simon Litherland, who insisted the move would deliver “significant productivity and efficiency savings” in the soft drink giant’s manufacturing operations, as well as environmental benefits.

“This was not a proposal that we made lightly and we understand that the outcome of the collective consultation process will be upsetting for our colleagues in Norwich. It is a sad and difficult time,” he said.

Unilever is now also deliberating the future of its factory at the site, which employs over 100 workers in Norwich and has produced Colman’s mustard for more than 150 years.

“We are aware of Britvic’s confirmation that it will be withdrawing from our shared Norwich site,” the company said in a statement. “We have been reviewing our own operations in Norwich in light of Britvic’s closure proposal and have confirmed with our employees that we will announce the outcome of our review in the new year.”

Unilever has previously warned it was considering all options including the “potential closure of our Norwich factory”.

Trade union Unite described Britvic’s decision to cease operations at Norwich as “a hammer blow for the workers and the economy of Norwich in the run up Christmas”.

It vowed to seek “more clarity” over the future of the Unilever site.

“The iconic Colman’s mustard has been produced at the same factory since the 1860s and Unite would strongly like that manufacturing tradition to continue.”