Number of convenience sector jobs declines 5% in past year 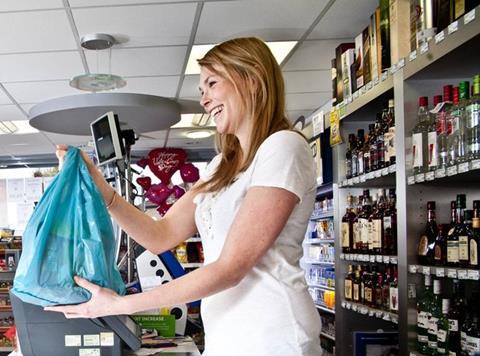 The number of jobs in the UK convenience store sector has dropped by 5% in the past year because of an increase in the national living wage and national minimum wage, a new industry report suggests.

There are currently 370,000 people working in the sector, compared with 390,000 in 2016, according to the Association of Convenience Stores’ latest Local Shop Report.

“Convenience stores provide flexible employment for over 370,000 people across the UK, but this number has fallen as a result of significant increases in the national minimum wage and national living wage, as well as other associated employment costs, alongside rising costs in other areas like business rates,” said ACS chief executive James Lowman.

“In many cases, store owners are having to reduce the number of hours that their staff work whilst picking up extra hours themselves.”

The national living wage was introduced in April 2016 as an obligatory minimum wage for workers aged 25 and over.

The policy was announced in then-chancellor George Osborne’s Budget in 2015, in an effort to create a higher-wage, lower-welfare economy.

The ACS report also found sales in the industry have risen by £500m to £38bn, contributing to about a fifth of the UK’s grocery market.

Retailers have invested £858m on their stores, of which 33% was on refrigeration; 28% on in-store lighting; and internal building maintenance accounting for 26% of the total costs.

“Convenience stores have to compete not just with other similar retailers, but also with food-to-go outlets, coffee shops, supermarkets and the growing presence of online grocery retail, which is why there remains significant investment in new technology and services within the sector,” added Lowman.

“Technology and consumer needs are changing rapidly, so stores are constantly evolving to offer more products and services.”

There are 49,918 convenience stores in mainland UK, 74% of which are run by independent retailers, either on their own or in partnership with a symbol group like Spar, Premier, Best-One or Nisa.