Brexit is threatening to undermine retailers’ and suppliers’ collaborative spirit 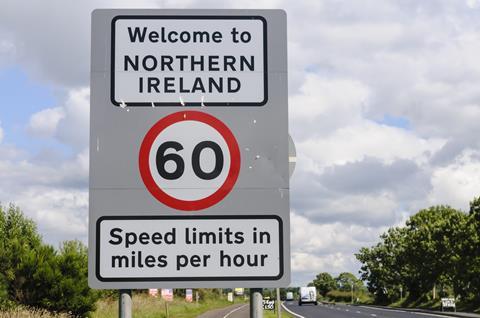 If Covid has taught us anything, it’s that collaboration builds resilience. In the early days of the pandemic, supermarkets and suppliers worked together to increase food production by 50%. It was, in the words of environment secretary George Eustice, an “extraordinary response”, that was testament to the “phenomenal” relationship between big manufacturers and retailers. But now, just as food supply chains are set to face their biggest challenges yet thanks to a second wave of Covid coinciding with the end of the transition period, Brexit is threatening to undermine that collaborative spirit.

The issue of who will cover the extra costs of imports from the EU in the event of a no-deal has already caused friction between supermarkets and suppliers. The Grocer reported in August that the industry faced a showdown over delivered duty paid (DDP) incoterms – dubbed by one expert as the “biggest single Brexit risk to the food chain” – and last month, it emerged Tesco Ireland had become embroiled in a dispute with its suppliers after telling them it expected them to foot the bill for new Brexit duties.

Now, the government’s proposals for a trusted trader scheme are threatening to drive a further wedge between retailers and manufacturers. The scheme, which could allow for the waiving or streamlining of SPS checks on goods moving between GB and NI, is set to apply only to goods moved by Northern Ireland’s largest grocery retailers. It’s a move that would put suppliers on both sides of the Irish Sea, as well as wholesalers and smaller retailers in NI, at a distinct competitive disadvantage against the big supermarkets – and thus one that is certain to undermine goodwill in the sector.

You can’t, of course, blame supermarkets for pressing the UK and EU to implement a trusted trader scheme to allow them to bypass the worst of the checks on goods moving from GB to NI. But the government needs to extend the scheme to all suppliers, or find a way to replicate its benefits more widely.

Otherwise, the collaboration that has seen us through this crisis will be under threat. At a time when we need it the most.