Instead of clarity over Brexit, while millions are wasted, all bets are back on 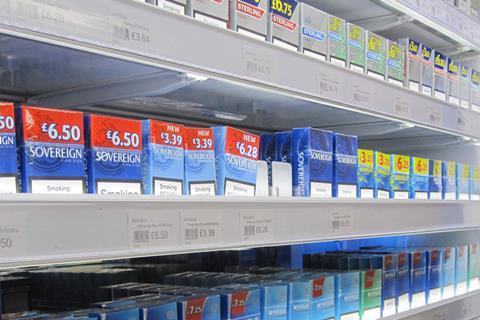 Business has been crying out for clarity ever since Article 50 was invoked. The events of the past week in parliament are a reminder of just what an abominable pea souper it all is.

While the industry has been furiously preparing for a no-deal Brexit on 31 October - trying its best to minimise disruption, to mitigate against delays, to overcome the shortage of vets, to have in place the necessary paperwork, and to identify alternative routes to (and from) market - the date has been thrown into doubt, as has the likely outcome. No deal, soft Brexit, referendum. All bets are back on.

Amid warnings of food shortages as British crops rotted in British fields, news of a u-turn will clearly be welcome, giving farmers and growers some certainty. But while this offers temporary relief in terms of the seasonal labour crisis, the 14-month reprieve doesn’t fix the long-term senior and mid-tier management shortages on British farms.

What’s more, EU workers at all levels will continue to be put off coming to the UK because they feel increasingly unwelcome - while the fall in the pound since the referendum means it makes less economic sense than ever to stay here.

The situation with Track & Trace is similarly disconcerting. As with other EU legislation, the assumption had been that, even in a no-deal Brexit, the UK would be able to continue to use the new system, amid a wider rollover of EU rules and regulations.

This week, however, HMRC revealed that in a no-deal Brexit it will have to be scrapped, as the system relies on an EU data repository, without which the system cannot work.

As much as the industry has warned of the consequences of a no-deal Brexit (to little avail) this is another good example of the unforeseen consequences and wasted money facing businesses with Brexit, through no fault of their own.

Of course, as with everything to do with Brexit, business has to plan for all eventualities, but until this week’s bombshell, HMRC had insisted the multimillion-pound implementation costs footed by tobacco manufacturers and wholesalers were Brexit-proof. Now, just weeks after the system went live, after more than 30,000 retailers queued up for unique codes on a computer system that reportedly crashed more times than Currys on Black Friday, just as the new software is beginning to work after several false starts, and 90% of the UK’s tobacco sellers are now code-compliant, while compensation claims are being signed off for additional costs - all just in time to accommodate the coded stock now in the supply chain - could all this be abandoned come 31 October? Who knows? Isn’t no-deal off the table now? Not as far as tobacco suppliers are concerned, recommending that trade partners continue to ready themselves with EOID and FID codes, and for wholesalers to ensure they have the correct equipment.

As MPs slouch on their benches, and trade public schoolboy insults across the despatch boxes, the tragedy is real lives and real livelihoods are at stake.