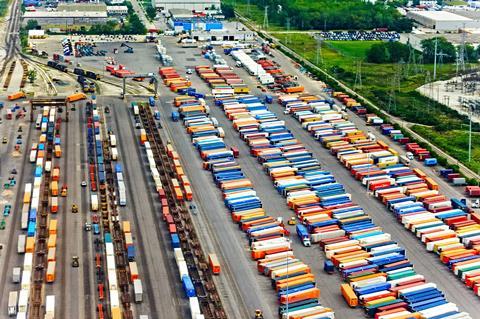 The food industry’s relations with the government have taken a distinct turn for the worse in recent months. Reiterating this week its steadfast refusal to offer a short-term fix – in the form of temporary visas, it’s clear the government has no truck with the industry’s dire warnings over shortages, believing that it has proven its resilience in the pandemic, arguing it must offer better pay to attract more British workers to the vacancies, and to increase training accordingly.

That’s all true of course. No one is going to starve on account of the gaps on shelves. There is still choice, even if there is less – though some will go to the wall as a result. Meanwhile, pay rates for HGV drivers have risen exponentially in recent weeks. But that hasn’t magicked up qualified candidates, it’s merely stirred up the existing labour pool. As to training, some players are on it, others less so, but in any event, a backlog and the 12-week training courses needed, means it will be Christmas at the earliest before a realistic number of new recruits comes on stream. And for the Golden Quarter, that’s too late.

It’s also incredibly risky to rely on the food industry to hold out. Not only are costs rising. By common consent this is the most precarious position the supply chain has been in since the earliest days of the pandemic. And there are real concerns that any further problems with Covid or Brexit, or anything else for that matter, could tip the scales.

It was no small miracle that supply chains didn’t buckle in the earlier phases of the pandemic. That was owing to close collaboration with the government and the willingness of ministers to listen. This time, their fingers are in their ears, as politics take over from pragmatism. But there is very little slack in the system for things to go wrong. Exports to the EU are still tanking. And with the introduction of the next phase of the UK Border Operating Model (EHCs and Customs declarations for EU to GB movements) from 1 October, even minor disruptions to trade flows in this critical period will compound what is already a fully stretched supply situation. If the problems are any bigger, there could be major knock-on effects.