Waste Not Want Not gets off to a great start 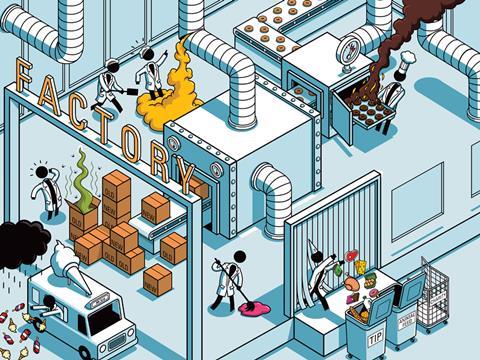 It’s been a great start to our campaign. As reported last week, with its ‘Perfectly Imperfect’ fruit & veg “flying off the shelves”, Tesco is planning to extend the initiative to up to 20 produce lines, following similarly successful trials by Asda. Meanwhile Morrisons this week increased its support for FoodCycle hubs from five to eight after a similar move by Sainsbury’s last month. And Tesco has just unveiled plans to sponsor the Homeless World Cup. No wonder, in the two years we’ve been planning Waste Not Want Not, some CEOs told us: “We’re on it!”

So why have we gone ahead and launched our campaign?

Two reasons. First, because Wrap’s new report will provide a viable benchmark by which to measure future progress. Second, because as encouraging as these new initiatives are, they barely scratch the surface.

After claiming for years that consumers simply won’t buy so-called ‘wonky veg’, it’s certainly been heartening to see some grocers redoubling their efforts and enjoying significant success as a result. In doing so they are not only cutting food waste, they have created a new ‘value’ tier - with a CSR component to boot! Tesco’s ‘Perfectly Imperfect’ strawberries, for example, sell for 75p. Versus £2 for a perfect punnet. Framed in this way, no wonder they are flying off the shelves!

These moves signal a subtle mindset shift. A more can-do attitude. But there is so much more to do to alter entrenched thinking - as anyone who listened to Mike Coupe on the Today programme last year, or who witnessed the half-hearted trials of Morrisons in its experiments on Hugh’s War on Waste, can attest.

Besides, neither ‘wonky veg’, nor greater local engagement in food waste redistribution schemes, will fix the food waste issue in isolation. This is an end-to-end supply chain issue, involving a multiplicity of problems, as our in-depth feature outlines. But the greatest challenge - and the greatest opportunity - surrounds inaccurate forecasts. Opportunity because, as well as new software to predict demand, promotions are declining. Challenge because making grocers share responsibility for poor forecasts and the resulting waste, will require further work.