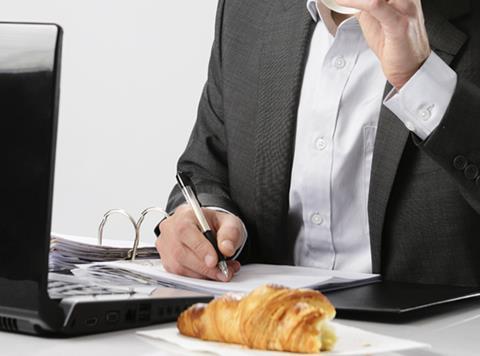 Sir, Coffee is the new breakfast (Focus on Breakfast, 5 August). As we’ve become a nation of morning java-lovers, our breakfast habits have followed suit. Eating breakfast on the go has massively increased, with consumers grabbing a bite on their way into work, or eating upon arrival - from breakfast to neck fast. There’s a growing demand for breakfast items to be convenient, easily storable and portable. Perhaps this is best observed in the breakfast-as-milkshake, which has seen an enormous surge in popularity. Hopefully it will be some time before we’re forced to endure a Full English Smoothie, but it speaks to a lifestyle so time-starved as to be toast-starved.

On the other hand, breakfast is still alive and well, and enjoying an elevated status at weekends. Breakfast clubs have gone through the roof with over 47% of people going out for breakfast with family or friends. In summary, we won’t be saying ‘cheerio’ to our morning meal just yet but a new day dawns on the breaking of last night’s fast.

Missing the point on KFC

Sir, I think Joe has missed a big point (‘Why KFC will benefit from ad backlash’, thegrocer.co.uk, 2 August). Yes, vegans, vegetarians and animal rights people are expressing outrage, but that’s not why this campaign is poorly thought out. The target market do not want to associate the live chicken with what they get in their “bucket”. They are happy with the construct, their own internal “lie” that what is on their plate was never a living, feeling animal.

I think the problem the agency will have is with the target market. There’s a reason you don’t see pictures of live chickens on KFC’s menu boards

Sir, If I was expecting Coca- Cola’s ‘Love Story’ commercial to sway consumers into changing their damaging plastic habits, I’d be disappointed. There’s no hiding the fact that Coca-Cola pumps out one hundred billion single-use plastic bottles yearly, half of which end up in landfills polluting our rivers and oceans.

I would ask Coca-Cola to offer a true alternative to single-use plastic bottles and treat consumers with respect, by offering up the facts rather than sugar-coating the truth.