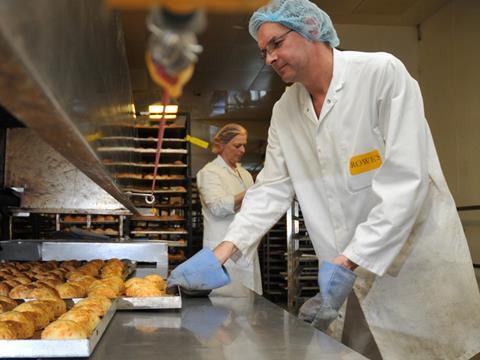 Sir, Though overshadowed by other measures announced by the chancellor in last week’s Budget, there was some good news for food and drink manufacturers and operators of in-store bakeries. FDF has successfully made the case to government for Climate Change Agreements (CCAs) to be continued.

These agreements, first introduced in 2000 and to be continued until at least 2023, have helped drive significant energy efficiency gains across the sector. While the abolition of the Carbon Reduction Commitment and the subsequent increase in the main rate of the Climate Change Levy were widely expected, any decision to discontinue CCAs could have dramatically changed the energy tax landscape. In real terms, that could have meant manufacturers being slugged an extra 10% on energy bills. This would have punished an industry that has set and achieved ambitious targets already and has pledged to do even more.

Sir, Following recent media reports, I’d like to reassure readers that as a nation we are not as reliant on imported fruit and vegetables as has been suggested. UK horticulture is a major supplier of home-grown salads, fruit & veg in the UK.

Throughout the industry there is a relentless drive for efficiency and continuous innovation. This is at the heart of the UK’s fresh produce strategy to retain its global competitiveness. The industry is not without its challenges - loss of plant protection products, above inflation wage increases and supply chain issues to name a few, but there is terrific determination throughout the sector to rise to the challenge of providing UK consumers with more world-class produce, grown here in the UK.

Immersive is the future

Sir, KPMG’s research highlighting the demand for disruptive retail experiences was an interesting read (‘It takes bravery to disrupt,’ 19 March, p23) but brands need to go even further. Shoppers young and old are increasingly craving unique and highly personalised experiences. Experiential marketing has long been seen as a prime method for driving trials, but the benefits of live brand experiences run much deeper: the opportunity for consumers to engage directly with brands and to be immersed in stand-out brand moments.

Live creative technologies such as virtual and augmented reality lie at the heart of this. Brands that fail to engage with these technologies will miss a huge opportunity, as inventive campaigns will reap the rewards as people stop, stare and share with their peers.