Digital receipts are a natural progression for supermarkets 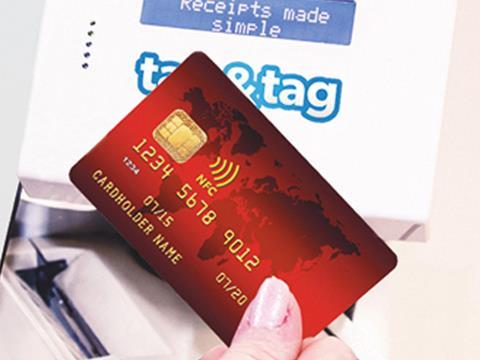 Supermarkets are a natural progression for digital receipts and Tesco’s announcement is the first strong indicator of where the sector is going. This is particularly important because supermarkets in the future are increasingly likely to compete with online stores, like Amazon, on fresh food deliveries.

With Tesco set to announce in November if it will extend the pilot, it will be interesting to see how the competition responds.

Sir, We have just finished the 15th British Food Fortnight, which was a resounding success. In the light of Brexit, we call on the government to make a firm commitment for British food to be the supplier of choice for all public service bodies.

British food is at a watershed. The opportunities under Brexit are huge - not least, the government and farming marketing boards will at long last be able to promote British food to the British consumer, something they have not been allowed to do under the EU. But there are also big risks. Brexit opens up the potential threat to UK food production posed by cheap, lower-welfare imports. The possibility of a post-Brexit cheap food agenda is real, particularly in the livestock sector, and must not be allowed to take priority over the need to build Britain’s self-sufficiency in food.

Sir, We believe ‘free from heat’ should be welcomed with open arms into the free-from movement because cold-pressed (HPP) - Coldpress, Plenish - is stirring up the chiller cabinet. Within confectionery, brands like Ombar, Doisy & Dam and The Raw Chocolate Company are providing premium chocolate with better-for-you momentum. In petfood, raw brands like Forthglade & Cotswold Raw are changing consumer thinking. On behalf of the growing cluster of raw, cold pressure products making real strides forwards, could we ask the free-from movement to extend a hand of friendship to free-from heat!