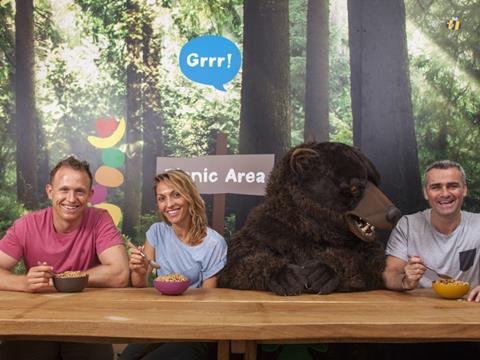 It’s amazing what can come out of a humble cave. After reading a feature about wild bears getting fatter by snacking on fast food from city bins, the founders of fruit snacking brand Bear now have a multi-million pound business.

From their HQ known as The Big Cave in Deepest Darkest Woods, London, ex-fitness instructor Hayley Gait-Goulding, her husband Andrew and ex-Innocent commercial director Giles Brook applied the problem facing fast food-consuming bears to humans. The result is Bear, a range of baked fruit snacks with ‘absolutely nothing bad for you’, launched in 2009.

And with schools becoming ever more stringent on what can and can’t be included in kids’ lunchboxes, the brand, which is owned by parent company Urban Fresh Foods, is perfectly placed to take a bite - or three - out of the market.

“Our strength is that we are 100% healthy and mums and dads trust us,” says Brook. “It is crucial that kids are offered snacks that engage and excite them and it is key that brands talk directly to kids as well as the parents.” 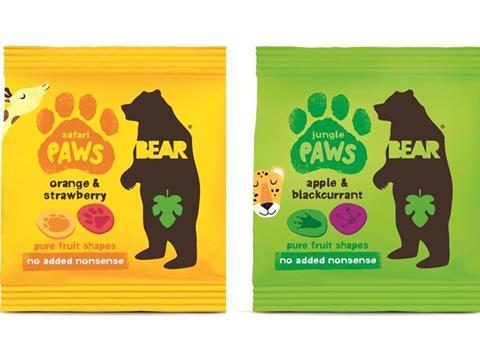 You don’t get much more engaging or exciting than Yoyo fruit rolls, which just like a yoyo have to be unwound before they are eaten and come with Round the World collector cards, or pure fruit Paws, which launched in May 2013 and contain five different animal paw prints to discover and identify. “Paws have become a firm favourite for lunchboxes and Bear Dino Paws has now become the number one selling impulse fruit snacking pack for kids in the supermarkets in terms of rate of sale among all immediate consumption packs in the baby aisle,” says Brook.

As well as winning a place in kids’ lunchboxes, in the last 12 months Bear has won space at the checkouts of Tesco, Waitrose, Co-op, Holland & Barrett and WHS Travel - making their so-called ‘guilt lanes’ a little less so - and a listing with Subway outlets nationwide. The brand is also now included in Tesco, Boots and Superdrug meal deals.

Last October, Bear created a head of retail role for the first time as part of a strategy to double sales, and in April the brand debuted its first-ever TV ad as part of a £2.5m marketing campaign for 2014. Activity will include a £1m back-to-school spend this autumn, its biggest campaign to date.

“With retailers like Tesco removing sweets and chocolate from its checkouts, we’ve been asked to go into supermarkets to talk about how we can help them strategically,” says Brook. “This will be a big opportunity for us in the coming year.”