What retailers could learn from Facebook’s culture and practices 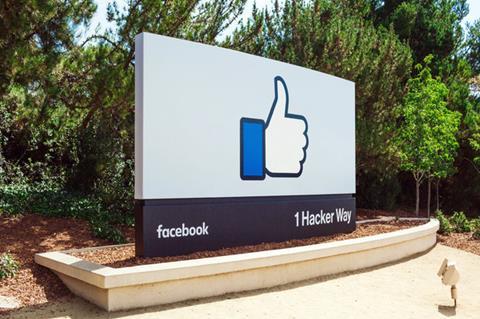 Tim Mason, our CEO, still regularly gets asked about the driving force behind Tesco’s obsession with the customer during the 1990s. It spawned the Clubcard loyalty scheme as the apotheosis of its ‘Every Little Helps’ marketing strategy.

As a Tesco marketer at that time, he will tell you it came after extensive work to modernise Tesco’s business. Having caught up to the competition at the end of the 1980s, recession hit and it needed a new benchmark.

The customer became Tesco’s North Star and Clubcard became its means of connecting to customers. Its data provided a view on why they shopped with Tesco by linking what they bought to who and where they were.

The difference today is that digitally enabled businesses find it far easier to generate and cultivate meaningful customer connections than traditional, analogue ones. In spite of recent issues, look at Facebook, for example.

The BBC’s Horizon documentary, ‘Inside the Social Network: Facebook’s Difficult Year’ made me think about what retailers could learn from its culture, working practices and approach to data.

When Facebook launched in 2004 it was just a website for college kids to stay in touch. Over the next decade, millions joined the social network. Today, nearly a third of us are connected to it, across 155 countries.

It took risks, embraced new approaches, and it worked. After just 15 years, Facebook is now worth $500bn; a milestone that Amazon, which celebrated its 25th anniversary last month, only passed in 2017.

To achieve this, the company re-wrote the rules on company culture. The Horizon programme observed that employees were encouraged to play and experiment. Each has a second annual birthday, called a ‘Faceversary’.

There is even a small village located in its California-based headquarters that has bikes, shops and an arcade. “Everything is free, so everyone can focus on connecting the world,” said the Horizon narrator.

It rewards risk and embraces failure. Every few months, staff are locked in to their offices for a 24-hour ‘hackathon’ to encourage innovation and new ideas. This is how they first came up with the ‘like’ button.

New hires – dubbed ‘newbs’ – are allowed to pick which department they want to work in after a six-week induction boot camp. This is designed to ensure they take on the problems they actually care about solving most.

But this also keeps each department on its toes. Each must pitch the reasons why their department is the best place to work at within Facebook. Moreover, it’s the engineers, not the managers, who are the drivers of change.

Indeed, to help fix the scale of the free speech and privacy issues exposed by the Cambridge Analytica scandal, Facebook has stepped up the rate at which it is hiring software engineers. But it has no trouble finding them.

By contrast, many retailers struggle to be seen as a ‘cool’ place for techies to work. They need to learn from the likes of Facebook if they are to share in the digital dividend and really put the data they generate to work.

Those that do so to better understand their customers can steal a march on competitors, where even Amazon, with its pricing algorithms and probability ratings, doesn’t truly look at data through the lens of the customer.

Tim Mason is away