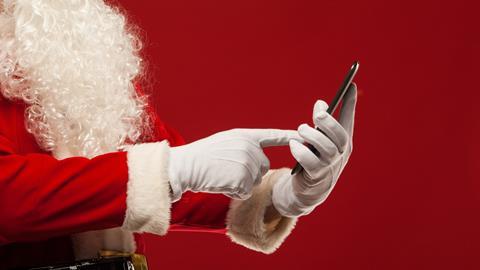 From Aldi’s tale of a Christmas Carrot (featuing an inspired cameo from Marcus Rashford as a radish), to Tesco’s insistance that ‘nothing is stopping us now’ (thanks in part to Santa’s controversial Covid passport), the mults pulled out all the stops to deliver the best Christmas ad this year.

But festive marketing success isn’t all about the small screen. So how did the major supermarkets compare when it came to successfully engaging customers on social media this Christmas?

Having delivered the most effective Christmas TV ad with its Dickensian story of Ebanana Scrooge, Aldi was also the best performing supermarket on social media in December, according to analysis from social media management platform Maybe.

The data, compiled from eight leading supermarkets’ posts across Facebook, Twitter and Instagram, shows the discounter boasted an average of 5,678 engagements per day between 1 to 31 December 2021. Total engagements on its posts over the period hit 170,353.

Aldi’s winning strategy was humour, with posts poking fun at its spat with Marks & Spencer driving huge engagement on Twitter and Facebook.

“Both Aldi and Lidl regularly cause a bit of controversy or poke fun at themselves over social media to drive engagement,” explains Polly Barnfield, CEO of Maybe Tech. “Along with their value price points, their tone of voice wins over on social media.”

Marks & Spencer, which came in a close second with 153,713 engagements in December, chose a different approach. Its best performing post over the festive period announced plans to give its workers a well-deserved break.

Asda and Sainsbury’s took a similar tack, both driving engagement through posts celebrating their staff.

“People respond well to businesses who take care of their employees and recognise their efforts,” says Barnfield.

“Similarly, Morrisons’ best post came from offering discounts to NHS and other essential service workers. Consumers consider how a company does business more and more in their purchasing decisions and this trend has accelerated since the pandemic.”

The approach was particularly successful for Asda, which outperformed its rivals in terms of average engagements per post, at 554. It scored an impressive 2,588 engagements per day despite having the lowest number of total posts (140) in December.

In contrast, Tesco had the highest number of posts on social channels over the period, the data shows, but had an average of 502 engagements per day.

Tesco’s best post in December, according to the research, was a competition on Twitter looking forward to 2022.

Interestingly, only Waitrose saw a post about its food offering perform the best in December. “With Aldi taking on M&S, and many of the supermarkets choosing to champion people rather than product in their Christmas content, there’s a clear theme that shoppers want to see normal people triumphing and being recognised,” suggests Barnfield.