Why KFC will benefit from ad backlash 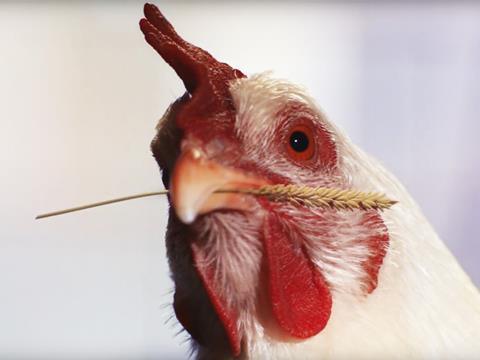 KFC’s new ‘The Whole Chicken’ ad, which features a confident chicken strutting its stuff, has raised hundreds of complaints. Many people – mainly vegetarians and vegans – labelled it ‘offensive’, ‘misleading’ and ‘distressing’.

Perhaps the brand’s marketing managers are already cursing their new agency for a disastrous first campaign. They shouldn’t. This short-term negativity will likely lead to long-term gain.

What matters most is that the brand is cutting through to the people who will buy the product. Look at Unruly’s Super Bowl white paper which showed that after Mountain Dew’s Puppymonkeybaby was aired, 20% of the total audience felt worse about the brand. But close to 50% of their actual target (millennial men) loved it. I doubt they’re crying over that 20%.

If your target audience are engaged but some of the non-targeted are offended, it’s still job done. But you must truly understand your audience to make sure you’re saying the right things to the right people. Among the scandalised in this context, the significant majority are vegetarians and vegans—hardly KFC’s target market.

Audiences are more polarised than ever and much quicker to proclaim moral outrage. Their angst is now actionable and immediate thanks to the web. But to avoid offence in this new world is to condemn marketing to safe, easily forgettable and often bland campaigns. The brain is built to ignore the old and focus on the new—courting controversy in a smart way is proven to deliver results.

The key is to build content that makes waves and divides opinion.

Remember the legendary Tango ‘Orange Man’ advert which visualised the strapline ‘You Know When You’ve Been Tango’d’ with a happy slap? It spurred a violent fad in playgrounds up and down the country, which eventually saw the ads being pulled after one too many burst eardrums. But by that point they had already achieved what they set out to do: selling drinks while establishing the mischievous tone of the brand in stark contrast to safer, Coke-owned alternatives.

In KFC’s case, brand ‘outrage’ has led to widespread media coverage, making headlines in the likes of the Daily Mail and the Independent, amplifying the campaign far beyond the media it paid for.

Brands need to learn that outrage is stickier than sentimentality—and it often pays a much higher reward.