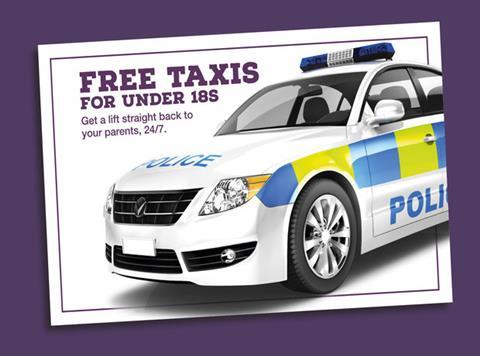 Scottish retailer-led proxy purchasing campaign ‘You’re Asking For It’ has gone viral one week after its launch.

The campaign, launched by Police Scotland and Edinburgh City Council, aims to raise awareness of the risks of buying alcohol for under-18s and has since taken off on social media.

The first campaign message on the Police Scotland’s Edinburgh division Facebook page reached over 78,000 people, was shared more than 360 times and received 120 comments.

The post warned young people proxy purchasing is a serious offence and if they are detected asking someone to buy alcohol on their behalf, police will intervene.

Other campaign activities include giant digital advertising screens on one of the city’s busiest streets, Leith Walk, and the delivery of information packs to all licensed retailers in the Leith area.

“Social media is an integral part of the overall campaign strategy and we can see how effective this is - the first post has reached almost 80,000 people in the city,” said Scottish Grocers Federation head of public affairs John Lee.

“Taken together, the use of social media, outdoor media such as street vinyls and digital advertising means that one week on from launch we already have a very high-profile campaign.”