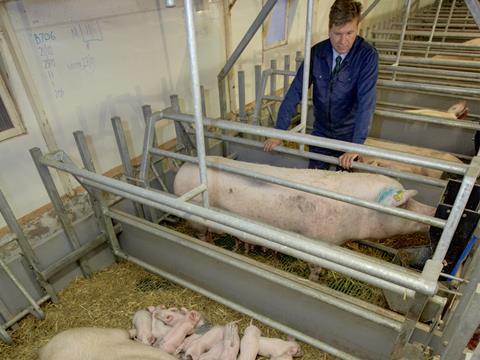 A major government-backed report has linked antibiotic resistance to eating meat - piling further pressure on livestock producers to reduce the use of the drugs.

The independent Review on Antimicrobial Resistance (AMR), chaired by Jim O’Neill, commercial secretary to the Treasury, claimed the use of antibiotics in agriculture represented a “critical threat” to public health.

It warned the risks associated with giving antibiotics to food animals were “threefold”, with antibiotic-resistant bacteria potentially passed to humans through direct contact with animals, by eating undercooked meat and environmentally via livestock manure.

Of particular concern, it said, was the fact some ‘last resort’ antibiotics were being used extensively in animals - an issue raised last month after scientists found a bacterial gene showing resistance to colistin, the last-resort antibiotic used for treating multidrug-resistant infections - in pigs and humans.

The O’Neill report called for a global target to be set on antibiotic use in livestock and fish, with individual limits agreed for each country. It suggested reducing levels to that of Denmark, which has an average of less than 50mg of antibiotics used a year per kilogram of livestock, would be a “good starting point”.

Other suggestions included the “rapid development” of minimum standards to reduce antimicrobial manufacturing waste being released into the environment, and improved surveillance of antibiotic use in agriculture.

“As we’ve highlighted, most of the scientific research provides evidence to support curtailing antibiotic use in agriculture. It’s time for policy makers to act on this,” said O’Neill. “We need to radically reduce global use of antibiotics and to do this we need world leaders to agree to an ambitious target to lower levels, along with restricting the use of antibiotics important to humans.”

Nigel Gibbens, chief veterinary officer for the UK, added: “This paper provides a compelling case that to tackle the global threat posed by antibiotic resistance we must prevent unnecessary use in animal production and minimise the incidence of disease that would necessitate the use of antibiotics.”

He said such a change would need to be founded on good standards of animal husbandry and disease prevention, which would also lead to additional benefits in improved productivity.

The AMR will spend the next few months engaging with governments, NGOs and industry globally to “discuss and develop these proposals further”, before providing a more detailed final package of actions in spring 2016.