Can a new halal scheme put welfare concerns about non-stunned slaughter to rest? 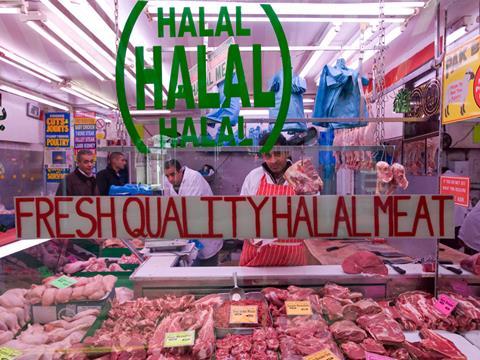 Animals are “dying in agony” because of religious slaughter and Muslim “ignorance”. So claimed some tabloids this week after pouncing on a University of Bristol survey of attitudes towards stunning among Islamic scholars and Muslim consumers, which pointed to widespread confusion about the legitimacy of stunning.

The academics behind the study have since slammed the media coverage as “insulting” and misleading. Far from highlighting “ignorance”, the survey merely highlighted the need for further education around stunning technology, they say. Many scholars, for example, believe stunning is not allowed but will accept it could be a legitimate practice provided the stunning process does not kill the animal. This suggest scope for much greater agreement in the stunning versus non-stunning debate than is often thought.

But that won’t stop the research from fuelling longstanding controversies about halal slaughter. And it comes at a time when market trends suggest a growing shift towards non-stunned production. So where does all this leave halal meat in the UK?

The Bristol research was funded by certification body the Halal Food Foundation, parent charity to certification scheme the Halal Food Authority, which has long been a staunch supporter of stunning. HFA CEO Saqib Mohammed says he is encouraged by the findings on attitudes towards stunning. “It shows scholars are willing to find out more about stunning, while 10 years ago they were just rejecting it,” he says.

Despite this, his organisation has just launched a new certification scheme for non-stunned meat. The rationale, HFA says, is to improve standards in the non-stunned market, citing concerns over “a failure to follow the key slaughtering guidelines for halal slaughter” and “ongoing welfare breaches”.

Plus, demand for non-stunned meat is growing. The most up-to-date figures from the FSA suggest the percentage of halal-slaughtered cattle that were not stunned rose from 16% to 25% between 2011 and 2013, while sheep and goats rose from 29% to 37% and poultry from 12% to 16%.

“Demand has been rising for the last three or four years,” says Mohammed. “We finally decided to enter the market so we could certify the non-stun product and improve welfare.”

Despite concerns about animal welfare, experts say non-stun production doesn’t mean cruelty. Non-stun abattoirs are subject to the same welfare laws as the rest of the meat sector. “Arguably the non-stunned animal gets even greater supervision, because the vets tend to observe that practice very carefully,” says Phil Hadley at AHDB Beef & Lamb.

The biggest welfare concern when it comes to non-stunned meat, therefore, is the actual cut to the throat itself - and how much pain it causes the animal before it bleeds out and loses consciousness. “We need to make sure the slaughtermen are slitting the throat in one swift swipe,” Mohammed says.

However, this won’t satisfy bodies like the BVA, which continues to campaign for an end to non-stun slaughter in the UK. “Our view is that all animals should be stunned before slaughter,” says BVA president Gudrun Ravetz.

As long as non-stun slaughter is allowed, the BVA wants to see mandatory labelling to include information on stunning, so consumers can choose to avoid non-stun meat - a proposal the HFA, in fact, “fully” supports.

It’s a rare point of agreement in a highly controversial sector. And if consumer demand for non-stun meat continues to rise, the issue of appropriate labelling will become ever more urgent to address.