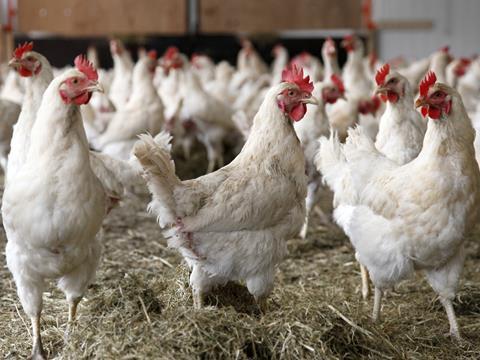 The RSPCA is banning flock thinning in a bid to improve chicken welfare and reduce campylobacter rates.

From January 1 2016, chicken farmers under the RSPCA Assured label will not be permitted to thin their flocks.

Thinning is common practice in the UK poultry industry because it allows farmers to maximise space for rearing birds while meeting necessary requirements for stocking densities and meeting demand for different sizes of birds.

It involves rearing the birds to the maximum permitted stocking density before removing a proportion of them. This can take place several times before all the birds are removed from the shed.

The RSPCA claimed thinning could be “stressful” for birds because their feed was removed to allow catching teams to round up birds, and the temperature inside the shed could drop when catchers came in.

It has also been linked to higher campylobacter rates by the European Food Safety Authority - and has been a focus of retailer efforts to reduce the bug at farm level.

Dr Marc Cooper, chicken welfare specialist at the RSPCA, said: “Our ban on thinning will be a major step forward for the welfare of chickens.

“Once again the RSPCA is leading the way on farm animal welfare by setting these pioneering standards for indoor reared chickens and we hope other farm assurance schemes will follow suit.”