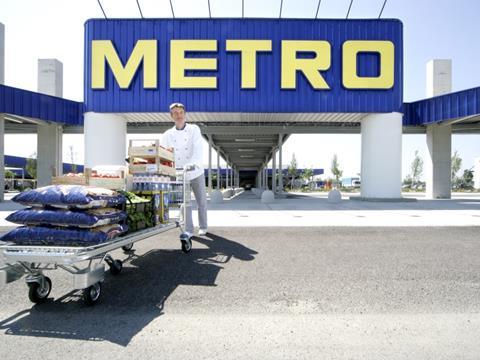 German supermarket giant Metro Group has announced a major acquisition along with its latest trading results in which like-for like group sales climbed 1.6% in the first nine months of the year, but fell 0.4% in the third quarter.

The deal will see Metro Cash & Carry expand its presence in wholesale to another 10 countries, to take it to a total of 36.

Metro Cash & Carry sales fell 2.5% to €22.3bn last October until June and like-for-like sales increased 0.9%. It blamed the different timing of the Easter business for a 1.3% sales decline in the third quarter of this year. The different timing also impacted on its Real supermarkets.

Chairman Olaf Koch said the positive operating trend continued in many parts of the group during the third quarter of the current financial year.

Jefferies analysts said while the group was seeing continued momentum into July, full-year EBIT guidance had been reconfirmed for continuing operations. However, weakening cash and carry sales in emerging markets was “a key new challenge that is likely to premise a mixed end to 2015 for the stock”.

Bernstein described the performance as “solid”.