Tesco-Carrefour alliance to be operational by October 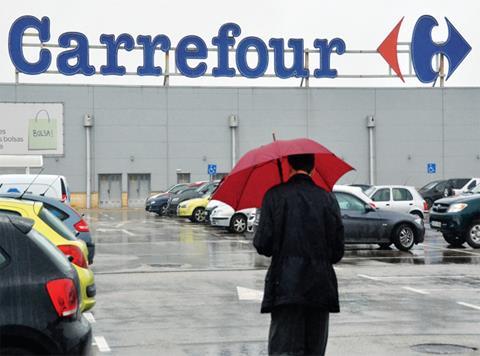 Tesco and Carrefour agreed the buying partnership in order to force supplier prices down, in a move set to cut costs as they fight off the growth of German discounters Aldi and Lidl.

In a trading announcement this morning, Tesco confirmed that the pair have now formally interested the long term alliance and “expect that it will become operational by October 2018”.

It added that the alliance, which will see them join up for the purchasing of branded products and goods not for resale, will be governed by a three-year operational framework.

The CMA (Competition and Markets Authority) in the UK has said it “will not probe” the deal, despite fears it will force more pressure on suppliers already affected by Tesco’s merger with Booker, and the proposed Sainsbury’s and Asda merger.

Competition authorities in France announced last month, however, that they would be probing the planned coalition as part of an investigation into a string of buying alliances.

The Autorité de la concurrence said it would explore “the competitive impact of these purchasing partnerships on the concerned markets, both upstream for the suppliers and downstream for the consumers”.

Tesco and Carrefour’s proposed alliance would “enable both companies to improve the quality and choice of products available to their customers” it said in July.

Each retailer will continue to work with suppliers on local and national levels, they said, but added that it will “strengthen” relationships with suppliers and create new opportunities for them.

The partnership comes only months after Tesco completed its £3.7bn mega-merger with wholesaler Booker.

Iceland frozen food is set to be sold in The Range discount stores, after a deal was agreed between the two retailers, the Mail on Sunday reports.

Iceland stores will be set up in three of the discount home and garden furniture company’s stores, with an option to roll more out in the future.

Staff at the Range, the chain founded by market trader turned retail magnate Chris Dawson, will run the in-store Icelands.

The move appears a direct response to high street discounter B&M’s launch of frozen food in its stores earlier this year, following its acquisition of Northern frozen food chain Heron.

It could be seen as a growth opportunity for Iceland, which saw growth slow towards the end of the 2017-18 financial year.

The chain founded by Malcolm Walker expanded its shop portfolio with the launch of its Food Warehouse stores in 2016, but continues to attempt to combat slowing growth.

The Mail reports that Walker said he hoped the move would help it reach “people who have not shopped at Iceland before”.

Following an initial rise, the FTSE 100 has slipped, falling a marginal 0.06% in early trading, following advances on Wall Street at the end of last week.

Typically for August, the rush of half-year results last month is over, and it is a significantly quieter week in the city.

The UK and Ireland branch of Dominos Pizza Group is announcing its half-year results tomorrow, as its hopes the improvement in weather correlates with improving sales, after the ‘Beast from the East’ impacted the first quarter.

On Wednesday, Stock Spirit Group (STCK) will be announcing its half-year figures.

On the same day, Majestic Wine (WINE), which has completed an impressive turnaround recently, will be updating investors at its AGM.

Dutch retailer Ahold Delhaize (DELB) is also due to announce its half year figures on this day. Costco wholesale will also announce its monthly results for July 2018.

On Thursday, the Coca-Cola Hellenic Bottling Company (CCH), will announce its half year figures, and will be expecting a strong performance. The Europe-focused company was upgraded by Jefferies last month following a “sweet spot of growth”.

This will follow the announcement of Coca-Cola European Partners half-year results, as it highlights the impact of the hot summer and the sugar levy.