Gary Mullineux to take over as interim MD at Caterforce 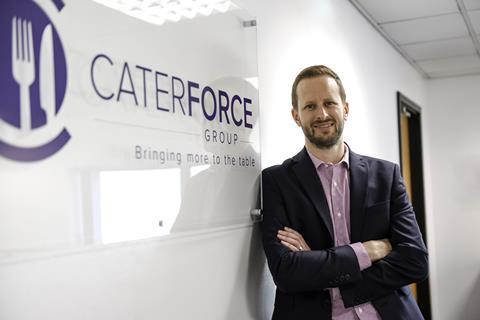 The foodservice buying group has made the appointment after current MD Nick Redford announced plans to step down at the end of the year after 10 years in the role.

Mullineux, who has been with the group since 2011, and in his current role as purchasing director since 2014, will work alongside the Redford until he departs in December.

Before joining Caterforce, Mullineux worked as a buyer at Makro for four years.

Redford said in July that he was leaving in order to focus on new projects.

“Having already been with the business for eight years, Gary has extensive knowledge across all aspects of the group as well as strong existing relationships with each of our members and suppliers,” said Caterforce chairman Stephen Carr.

“Gary will work alongside Nick Redford until his departure in December. During this time, we will continue working closely with our members and suppliers on future plans for the group.”

Mullineux said: “It’s a privilege to be given this opportunity and to work alongside Nick to help shape the future of Caterforce. As a group we’re in a fantastic position and that is testament to the work Nick has done. I look forward to working with our members and suppliers in this new role to help us to continue in our success.”