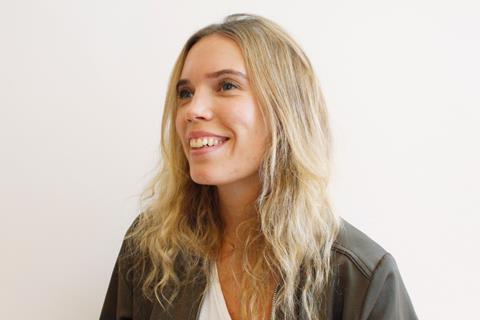 What was your first job? Making sandwiches in the ITV studios cafeteria. Jeremy Kyle didn’t think I was nearly liberal enough with the cheese, though, so I only lasted two days.

What’s been your worst job interview? An interview for a garden centre café, called the Garden of Eatin’, where I failed the practical test of how to stack a dishwasher.

What was the first music single you bought? I’ve never bought one. Is that bad? Do people still buy singles? My first albums were The Spice Girls and Hanson.

How do you describe your job to your mates? Like Mad Men, only with less sexism and a little less liquor.

What is the most rewarding part of your job? Coming up with a brilliant idea.

What is the least rewarding part? Finding out that someone else doesn’t like your brilliant idea.

What is your motto in life? When they go low, you go high.

If you were allowed one dream perk, what would it be? An office country retreat to de-stress and work poolside.

Do you have any phobias? A fear of being cold in board rooms with non-adjustable air con.

If you could change one thing in grocery, what would it be? It’s an obvious one and rightly a hot topic, but we have to continue to work together to make grocery more sustainable.

What luxury would you have on a desert island? A library of books, including some non-­fiction idiot’s guide to survival manuals.

What animal reflects your personality? An online test tells me I’m a hummingbird, “symbolising the enjoyment of life and lightness of being, lifting up negativity whenever it creeps in”. I can also fly backwards, which is pretty cool.

What’s your favourite film? Can I pretend this says book? I’m much better with books. Orlando by Virginia Woolf as she defies time and gender constraints.

What has been the most embarrassing moment in your life? Wetting myself in ballet class, neatly hidden by my tutu but apparently I left a puddle behind.

What would your death row meal be? An egg and cress sandwich, for the namesake, and because I’m a northerner and it’s always the cheapest sandwich in the shop.