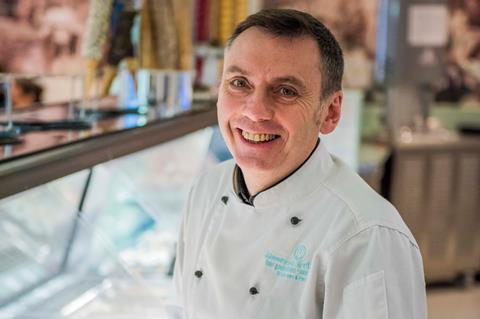 What was your first job? It was as a waiter at Hotel Orataea in Edinburgh.

What’s been your worst job interview? The most nerve-wracking would have to be meeting my wife Nicola’s parents for the first time. Meeting the parents is always worrying but this was particularly so given I was also about to join the family business.

What was the first music single you bought? My first album was Blondie’s Parallel Lines.

How do you describe your job to your mates? I don’t look upon it as work, it’s a way of life.

What is the most rewarding part of your job? Seeing the young people we employ grow and develop.

What is the least rewarding part? I honestly don’t think there is one. We do have trials and tribulations but nothing that’s insurmountable.

What is your motto in life? Don’t ask someone to do something you’re not prepared to do yourself.

If you were allowed one dream perk, what would it be? Being able to control the weather and order plenty of sunshine.

Any phobias? Watching Scotland playing football, but I don’t let it defeat me. I support them to the bitter end.

If you could change one thing in grocery, what would it be? I’d love to see more signposting of local food.

What luxury would you have on a desert island? An ice cream machine that produced Jannettas gelato all day long, bliss.

What animal most reflects your personality? An octopus is able to mimic other creatures and this would allow me to step into any role in our business. Having the eight tentacles would aid me being able to do many jobs at once. And finally it’s the only invertebrate animal known to play. I do like to have a bit of fun and joke around.

What’s your favourite film? A firm favourite of mine growing up was The Pink Panther.

What was the most embarrassing moment in your life? Oh dear, do I have to? Ripping my trousers top to bottom just before giving an ice cream demonstration. I had to stand through it all with my trousers held together with Sellotape.

What would your death row meal be? Scottish smoked salmon followed by my own homemade pizza and then Jannettas mango sorbet.