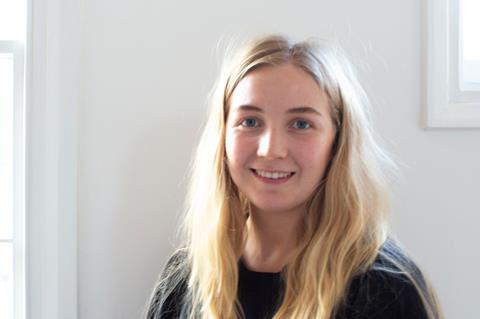 Why did you decide to go for a career in food? I’ve always loved food but never thought I would one day have a career in this industry. I spent a lot of my time doing work experience in events management and worked in an events company for eight months after graduating from university. Having previously met Olivia at an interview the year before, I decided to get back in touch and jumped at the opportunity to become a creative assistant at Livia’s, known then as Livia’s Kitchen. I began working on content, recipe development and helping out with NPD in the office. My role progressed, as did my passion for creating better-for-you treats. Nearly two years later I’m grateful this was the job I just happened to fall into.

Explain your job to us in a sentence (or two): My job is very mixed. I work closely on branding, packaging, quality control and NPD, which is carried out both in the office kitchen and setting up new products in the factory.

What does a typical day look like for you? My days vary hugely. Sometimes I can be out of the office, travelling around to suppliers and factories, and other times I get to be in the office working on things like NPD and branding.

Tell us about how you went about applying for your job. Like most Livia’s employees, I saw the job advertised on Instagram. The initial interview included bringing in your own home-made sweet treat. This, of course, had to be made using only natural ingredients and be free from dairy and gluten. Turning up to my first interview with a peanut butter brittle brownie in hand, I soon found myself in the same seat two weeks later. Eight months previous to this, I had a few rounds of interviews but they decided it wasn’t the right time to take anyone on board. Fast forward eight months, I was back to discuss another opportunity within the company. Within two weeks I was a full-time member of the Livia’s team.

What’s the best part about working for a food company? All of the food.

And what’s the biggest misconception people have about working in food & drink? That everyone is very competitive. Obviously everyone is striving to be the best in their category and there is friendly competition, however so many people are willing to give advice and help each other in any way they can.

What advice would you give to other young people looking to get into the food & drink industry? Gain experience where and when you can, don’t be afraid to ask questions and make as many contacts as you can.

What’s your ultimate career dream? Without a specific role in mind, I ultimately want to gain as much experience and learn as much as I can. I don’t know where I will be in five years but I’m excited to see where it goes.