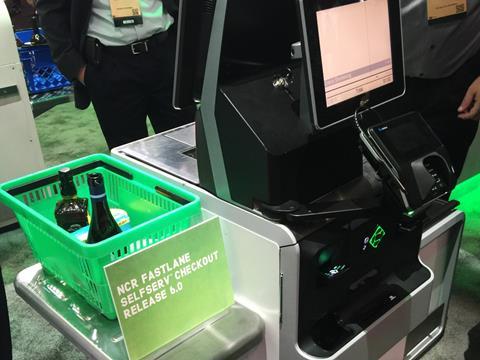 NCR has launched its latest self-checkout system, which it claims is a “revolution” compared with the previous version.

“Version six really takes things forward,” said UK MD Jon Stretton. “It’s got a whole new user interface, we’ve really calmed it down to make it easier for the consumer. And we have toned down the interventions - if you buy alcohol you don’t want the transaction to stop, you want to be able to keep the momentum going and keep it quieter for the customer.”

Another major improvement was around cash management, Stretton said. “Version five has been fabulous for a faster checkout experience, but version six does a much better job of recycling cash within itself.” Compared with version five it delivered an 80% reduction in cash float, he said.

“Multiply that by a large retailer, which might have more than 10,000 self-checkouts, and it’s a very significant cash position. Also, if you factor in the human process, you’ve got a significant amount of effort taking cash out and putting it in.”

“Self-checkout has been a maturing technology for a number of years but these are refinements that make it smoother.”