Flora gets avocado and coconut spreads as 'Sprexit' looms 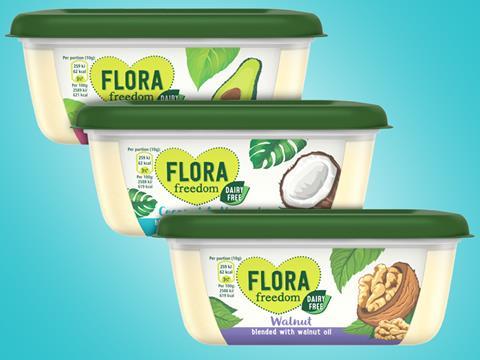 Unilever is hoping to revive flagging Flora sales ahead of ‘Sprexit’ with new avocado and coconut variants of dairy-free Flora Freedom.

The NPD follows the launch of own-label avocado and coconut spreads by Tesco, Waitrose and Asda last summer. At the time, Tesco said the NPD was inspired by a 40% surge in avocado sales across its stores, while a spokeswoman for Waitrose noted “growing demand from customers for more dairy-free goods.”

Unilever confirmed its so-called ‘Sprexit’ last month, with plans to sell off its underperforming spreads business announced as part of a set of measures aimed at increasing investor returns in the wake of the aborted Kraft Heinz takeover.