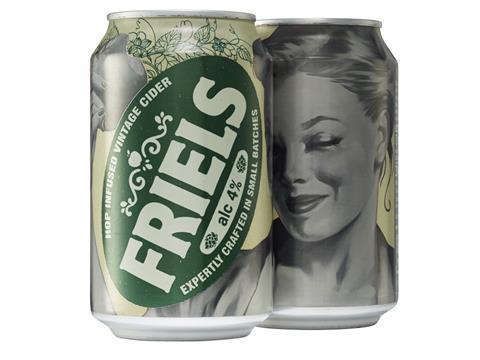 Aston Manor has poured its Friels Vintage cider into a can and added a hop-based brew.

The premium Friels First Press Vintage Cider is being rolled out in 330ml can format (rsp: £1.50) alongside a new Friels Hop Infused Vintage Cider. The 4% abv drink is made with a mix of three hop varieties and is described as a fruity, medium tipple.

The new format would tap rising consumer interest in premium cider in cans, said sales & marketing director Glen Friel, adding it was the fastest-growing packaging format in the category.

The brewer had recently secured some “major distribution gains” for the brand, including a national listing with Tesco, he added.