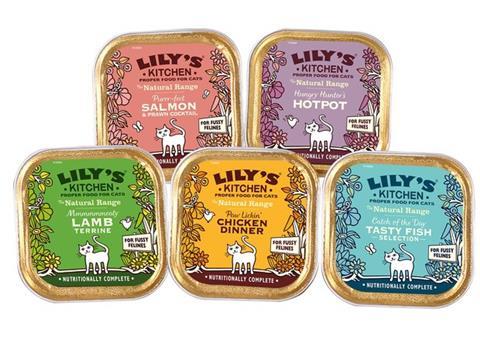 Pet food company Lily’s Kitchen is extending its line-up with a range of ten single-serve trays.

The brand – which recently received a cash injection from US private-equity firm Catterton – said the price points of the new Natural Range (99p/150g and 89p/100g) would encourage shoppers to trial the brand. The range comprises five dog foods and five cat foods.

Lily’s Kitchen already sells its 100% organic recipes in the tray format, adding the Natural Range will sit alongside its organic offer to deliver “a more keenly priced range”.

Rolling out later this month, the trays will be available from Waitrose, Ocado, Tesco and independent retailers.

Lily’s Kitchen last week announced funding from Connecticut-based Catterton would be used to expand its international business and increase brand awareness in the UK. It also intends to improve its operations and IT systems.

Terms of the deal have not been disclosed, but Lily’s Kitchen founder and chief executive Henrietta Morrison will continue to lead the company. She described the investment as “an important and exciting milestone in our growth and development”.