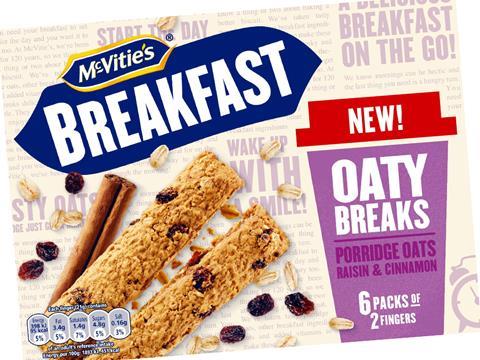 United Biscuits has relaunched its McVitie’s Breakfast biscuits and expanded the line-up.

Rolling out now in new-look packs, the range has been expanded with Breakfast Oaty Breaks, which contain porridge oats and come in golden syrup and raisin & cinnamon (rsp: £2.29/248g); and Fruit & Oat Bakes wheatmeal and oat biscuits with an apple or blueberry filling (rsp: £1.99/200g).

The NPD will be supported by a £3m spend.