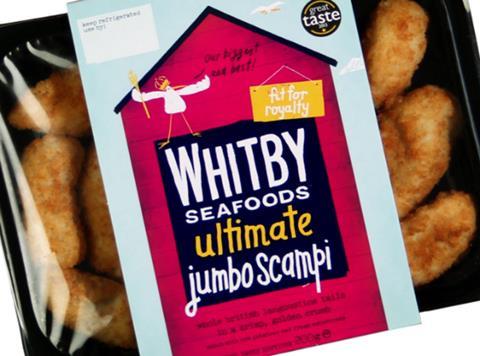 The launch follows the success of the supplier’s chilled Whole Scampi, which launched in Morrisons in 2015. The brand also extended its range last year, with the launch of Lemon Sole Goujons and Breaded Calamari Rings with Sweet Chilli Dip in Morrisons stores.

“We have seen a significant growth in the appetite for chilled seafood options,” said Jill Hall, head of retail at Whitby. “Until recently consumers have had a very limited choice and Whitby Seafoods is excited about working with retailers to provide a greater variety of solutions for their customers.”