Nisa focuses on ‘store of the future’ as Loco numbers slide 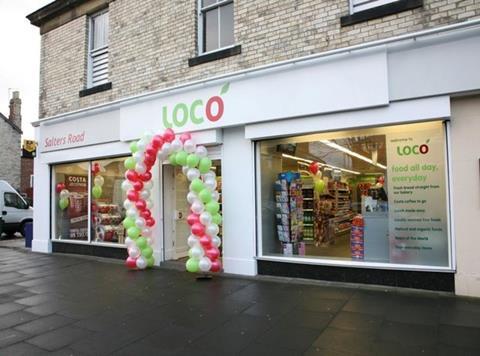 Nisa has admitted it was “overly ambitious” about its Loco fascia and has instead turned its attention to a new store format.

Loco, which launched in October 2011, has seen store numbers slide from 68 to 55 last year – at about the same time retailers who signed up at launch reached the five-year minimum contract length.

Nisa initially planned to open 150 Loco stores within its first year of operation. It reached a high of 74 members in 2015 and has since seen store numbers dwindle.

The Loco fascia was developed to attract smaller retailers, typically around 1,000 sq ft, and as an alternative fascia for stores in close proximity to an existing Nisa.

“While targets set by the previous executive team for Loco were perhaps overly ambitious, Nisa Retail has continued to welcome retailers into both its independent and symbol group schemes at a growing rate, which promises a bright future for the business,” Nisa retail director Nigel Gray told The Grocer.

“Nisa still operates the Loco symbol brand, providing a consistent level of support for the retailers operating under that fascia. However, its recent focus has been on growing the membership of the group and developing the future of its new store format and development strategy, which has the potential to benefit all of Nisa’s uniquely diverse membership, whether independent, dual-branded, Nisa or Loco.”

The buying group is set to unveil its new store of the future format at its annual retail conference next month.