'A true legend of the industry': Neil McNicol of McCurrach 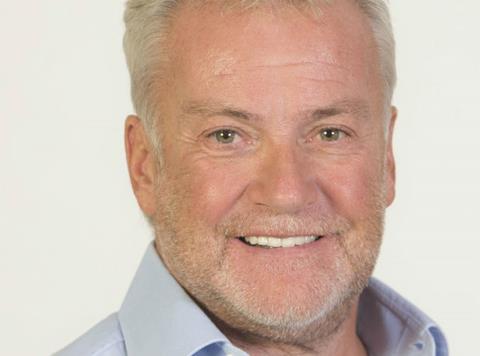 Neil McNicol, owner and deputy chairman of field sales agency McCurrach, sadly died on 13 May 13, aged 59. Neil was a true legend of the UK grocery industry and all his friends in the industry will sorely miss him.

Neil was always most at home inside grocery stores. He understood our industry and the people who worked in it. He worked passionately for his clients - many retailers from over the past 30 years will attest to that.

My first experience of Neil came at a Safeway store in Anniesland, Glasgow, during Christmas week, back in the early 1990’s. In the days before organised off-shelf displays, Neil had amazingly convinced the store manager to put a pallet display of Old El Paso meal kits at the very front of the store, instead of the traditional Christmas merchandise. I was most irritated with the display, when along comes this larger-than-life character with a broad smile who completely disarmed me.

He had the most engaging manner, combined with an outrageous humour, and I found myself warming to him instantly. He relished the cut and thrust of life in a grocery store and truly represented his clients with loyalty and determination. I have never met anyone who could get so excited about Shippham’s Paste!

Neil learned his instincts for the grocery business from the ground up.

I am convinced his strong affection and support for the National Grocers Benevolent Fund, GroceryAid and the IGD all stemmed from his formative years working on the shop floor.

During his lengthy career, I loved the fact that Neil never forgot the roots of his business, and the people who built McCurrach. He always supported his team and their families during difficult times.

His experiences shaped his unique style, which was so effective from the boardroom to the shop floor.

As I got to know Neil and to know others in the industry who knew him, we shared a similar view of his personal attributes. He was funny, passionate, competitive, insightful and so full of life.

As a result, in his four decades at McCurrach, especially since he took the reins from his father Archie in 1993, he grew the business a massive 20 times from a small, regional, family business to what is now - the premium place in the brokerage business.

Neil instinctively saw the future before it happened and was always worried that industry events would overtake his company, and about the consequences for his employees. He needn’t have worried so much. He has left a solid foundation for a great business heading into the coming years.

Many of us have experienced ups and downs in our careers through changing circumstances, and one of the things I most respected about Neil was his steadfast loyalty, through good times and bad.

There are countless memories of Neil I would like to share, but most cannot be written here!

Many of the best times with Neil were at the GroceryAid lunches, dinners and fundraising balls in London. He was always the life and soul of the event and truly in his element, surrounded by his “people”.

Suffice to say, it was a privilege and pleasure to share so many special times with Neil over the years, and these memories will always make me smile.

Most importantly, Neil had such a closeknit family and, safe to say, nothing brought him more joy than being with Marion, Hamish, Lisa, Judy and Archie.

He was so very proud of them all. And rightly so.

Jack Sinclair is CEO of US-based discounter 99 Cents Only Stores. He previously served as executive vice-president, grocery division, Walmart US between 2007 and 2015. He joined Walmart from McCurrach, before which he held leadership roles at Tesco and Safeway