UK grocery market will grow by 10% in the next five years, says IGD 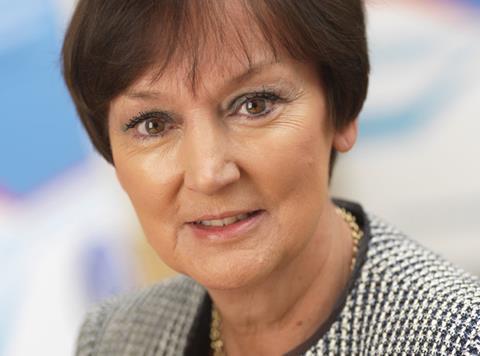 The UK grocery market will grow by 10% in the next five years making it worth £197bn, according to latest research from IGD.

Online is set to be the fastest-growing format, followed by the discounters, with larger store sales stabilising, IGD’s analysis predicts.

But IGD says growth of both convenience and discounter channels will slow as it becomes harder to identify new stores and other channels compete more effectively.

But she predicted a “modest recovery” over the next five years as inflation returned and investment in stores and ranges paid dividends; shoppers now had a huge choice of quality food and groceries, purchased in whatever way was most convenient.

“For those retailers who operate in more than one format, shopping trips can often overlap, underpinning each other to drive customer loyalty,” Denney-Finch said.

“For example, an online grocery shopper who has opted to use the click & collect service at a larger supermarket might also pop into the store while there, to make use of the many services or concessions on offer inside. It’s all about giving shoppers more reasons to visit a store.”

Denney-Finch said competition from other channels had forced larger stores to change their layouts. IGD’s research also found that two-thirds (64%) of shoppers would be more encouraged to use larger format stores more often now because of better prices and loyalty rewards, more staff, and local, independent concessions.

“Retailers are responding to this, with many now updating and refurbishing their existing space to make it easier for people to just pop in for a few top-up items, while also offering a range of additional services such as click & collect, restaurants, dry cleaners and other concessions,” Denney-Finch said.

“Over the next five years, we expect this time and investment to pay off for larger stores, which is why we are forecasting a stabilisation in sales for this part of the industry.”

A record 29% of grocery shoppers said they had shopped online in the past month, against 20% in 2010. More than four in 10 (42%) said they could be converted to online shopping.

“Online is being boosted by retailers investing in the quality and convenience of their service, although we will also see bigger supermarkets refocusing efforts on their core business as well,” Denney-Finch said.

“Over half (53%) of shoppers say they have used a food discounter in the last month against 37% in 2010.” Denney-Finch said. “However, we are forecasting their growth to slow over the next five years, as finding appropriate sites for new stores gets tougher and the supermarkets hone their focus on price, range and customer service.

“Similarly, convenience operators are also finding it tougher to find new store sites. Convenience stores have historically been seen as the ‘go-to’ channel for a top-up shop and 63% of all shoppers still visit these stores for that reason.

“However, they are now facing increased competition from other channels, such as discounters and supermarkets.

“We still expect convenience to grow, but that is slowing down as the sector comes to maturity and other channels compete more effectively for the top-up pound.”