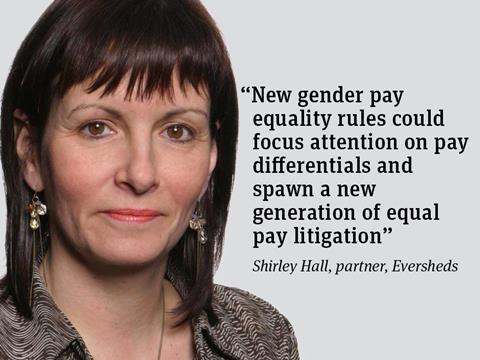 The recent Saatchi & Saatchi controversy has highlighted that paving a clearer and more accessible path towards the top for women in the workplace is still a very real problem. The Government Equalities Office is now bringing in new regulations that will require larger employers to publish details of their gender pay gap.

The gender pay gap is typically caused by the concentration of women in part-time or lower-paid work and by their caring responsibilities. This stems, in part, from societal and educational issues, such as the low number of females studying science and engineering.

Under the rules, employers in Britain with at least 250 employees will have to report annually: the ‘mean gender pay gap and the ’median gender pay gap’ for their organisation; the ‘gender bonus gap’; the proportion of men who received bonus pay and the proportion of women who received bonus pay; and the numbers of men and women working in four notional pay bands spanning the organisation’s pay range.

Employers will have to publish their pay reports online. The government has suggested that it might publish tables, by sector, of employers’ reported pay gaps to enable employees and the public to compare performance.

Although there will be no legal requirement to explain any pay gaps, many employers are concerned that highlighting pay differences could damage their reputation for fair treatment or undermine efforts to redress under-representation at certain levels of their workforce. Employers will be keen to provide context to give a more nuanced and accurate picture. There is also a fear that the new rules could spawn a new generation of equal pay litigation. In retail some supermarkets are already facing thousands of claims.

It is likely that companies will have to publish their first report no later than 30 April 2018. Managers should start thinking now about how they will communicate about gender pay with employees and the wider public to aid understanding of the figures. Employers should take early steps to identify why they have a pay gap and what they are or could be doing about it.

Shirley Hall is a partner at Eversheds