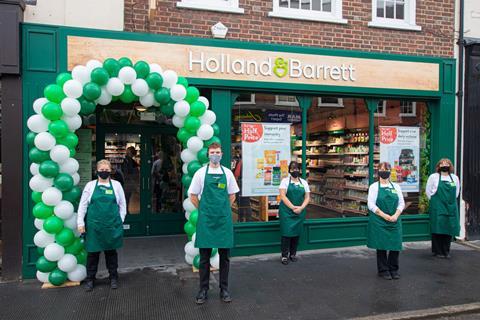 Employees will be charged £1.75 each time they draw a percentage of their pay

Holland & Barrett has launched a scheme to give its employees instant access to their wages.

The health and wellness retailer has followed in the footsteps of Greene King, Honest Burgers and Prezzo, and is allowing staff to draw their earnings in real time rather than waiting until their usual pay day through a partnership with Wagestream.

Its 5,000 UK employees can use the Wagestream app to get their earned wages whenever they need them, as well as access financial wellbeing tools. These include webinars and tailored information on individual staff’s financial entitlements.

Members of staff will be charged a flat fee of £1.75 each time they draw a percentage of their pay into their bank account. There are no loans and is no interest involved in the scheme.

Holland & Barrett’s cashflow is also not affected by the move, as it will continue to pay staff’s salaries at the end of each month.

It said it was providing the Earned Wage Access initiative to help bolster its team’s financial resilience and overall wellbeing.

“We believe in the importance of making wellness accessible to all, and this includes focusing on the impact of financial stability on our colleagues’ mental health,” said Tricia Foster, head of pay & benefits at Holland & Barrett. “Earned Wage Access is relatively new and hugely exciting for us and all our colleagues. It was easy to implement and gives our colleagues so much more protection from the financial pain of meeting unexpected expenses.”

Peter Briffett, CEO and co-founder of Wagestream, added: “Earned Wage Access unlocks financial freedoms for all staff. It’s vital we move the workforce away from a situation where they are dependent on payday loans and expensive short-term credit, a reliance that is exacerbated by the monthly pay cycle.”