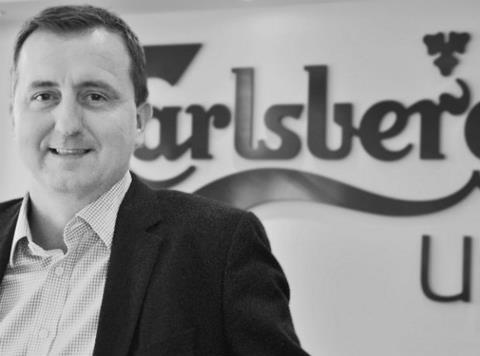 Gaunt previously held the position of grocery sales director at Premier Foods for two-and-a-half years. During this time, he led a team covering sales, category and shopper marketing and value management across five ambient grocery categories. Prior to that, he was account director and national account controller at the company for Tesco.

Gaunt started his career with Carlsberg UK (then Carlsberg Tetley) as a sales representative in the north east, before joining Cadbury in 1999. He held a number of positions at Cadbury, with sales roles including responsibility for Asda, Tesco, Co-op and the impulse retail sector, as well as leading the impulse customer marketing team for several years prior to joining Premier Foods. He graduated from Durham University in 1997.

“Alistair brings with him a blend of operational and strategic experience, most notably gained during a transformation phase at Premier Foods and over some years at Cadbury,” said Momen. “His leadership and strong people skills will be a great asset to Carlsberg UK and I am delighted that he is joining my team.”

The vice president role was previously held on an interim basis by former sales director of Kraft and Cadbury Dave Pogson, who joined Carlsberg UK in a consultancy role in May 2016.