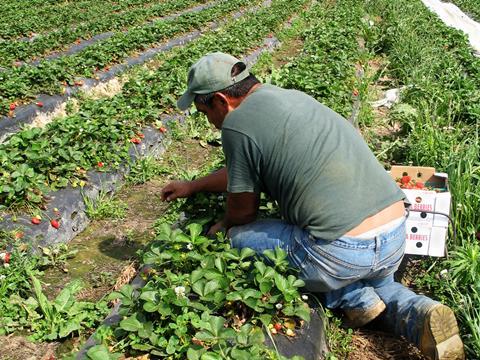 EU migrant workers in the food and drink industry may be replaced with robots as a result of Brexit, according to a report by the Resolution Foundation.

Research by the foundation found many jobs in food manufacturing, agriculture and foodservice were likely to be automated if Britain tightens its immigration policy. The relative probability of jobs in the food manufacturing industry being converted to computers or robots is 1.6 compared with 2.0 in foodservice while agriculture is 2.4, the highest of all 10 industries researched.

“For sectors like agriculture, further automation could provide part of the answer to coping with the changed labour market, though it will require a major shift in investment to become a reality,” said Resolution Foundation economic analyst Adam Corlett.

“However, automation and robotics can’t provide the answer in more people-focused sectors such as domestic services. These firms will instead rely on government changes to migration policy recognising sectoral differences in setting a new immigration policy.

“The decision to leave the EU will force business and government to make some pretty big calls on what investment and labour supply will look like in a post-Brexit economy.”

The foundation noted these sectors were already facing significant challenges with the introduction of the national living wage, and may have to make fundamental structural decisions to cope with the changes.

Corlett added: “People have long warned about the rise of the job-stealing robots, but they haven’t had much effect to date. But Brexit could force many companies to fundamentally rethink business models, particularly those reliant on migrant workers who might not be so readily available in the future.”