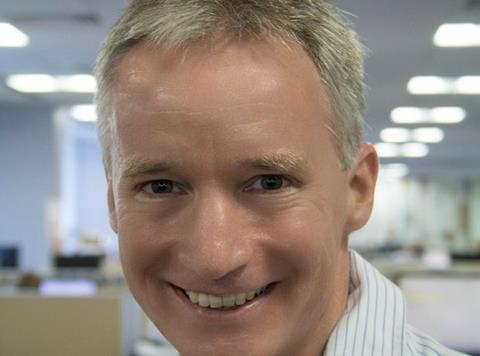 Doug Gurr has been appointed UK country manager at Amazon. Gurr will start in late May following the departure of current UK MD Chris North.

“I’m delighted to be returning to Amazon in the UK to lead our continued investment in Britain and innovation on behalf of customers, small businesses, authors and other content creators,” said Gurr.

Currently country manager for China, where he has spent the last two years, Gurr first joined Amazon in 2011 as VP of its Hardlines division, which covers products like lawn & garden and toys.

“Doug returns to the UK at a time of rapid expansion,” said Amazon. “In the last 12 months, we have introduced many new services for customers, including Prime Now, Prime Same-Day and Amazon Pantry. And there’s more to come.

“With this rapid expansion come heavy investments in our infrastructure and workforce. This year in the UK we plan to create over 2,500 new permanent jobs, bringing the total number of permanent full-time employees across Britain to more than 14,500 by the end of 2016. We are expanding our teams across the country, including at our head office in London; our three research & development centres in Cambridge, Edinburgh and London; our customer service centre in Edinburgh; and our 10 fulfilment centres across England, Scotland and Wales. We are also hiring to support our new Amazon Web Services (AWS) UK data centre region announced last year, scheduled to launch by early 2017.”

Xavier Garambois, vice president, EU retail, Amazon, said: “Doug has a deep knowledge of Amazon’s business and is ideally placed to provide both continuity and progression in the UK as we continue to focus on providing our customers with ever better selection, value and convenience.”

Before joining Amazon, Gurr was a senior executive at Asda. Prior to that he was CEO of Blueheath Holdings, which he founded and listed on London’s AIM market. He was previously a partner at McKinsey & Co and holds Bachelor’s and Master’s degrees in mathematics from the University of Cambridge and a PhD in theoretical computing from the University of Edinburgh.