Harmeston case lifts lid on upheaval at The Co-op HQ 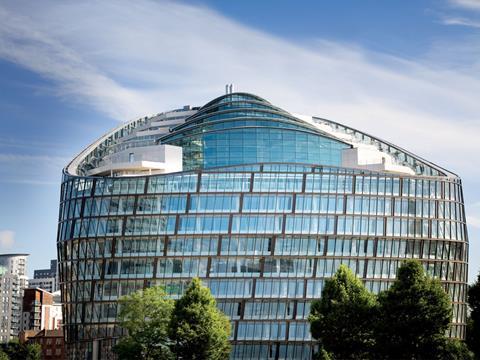 To say that the recent case of Kath Harmeston vs The Co-operative Group was complicated would be a massive understatement.

Last week, Harmeston, the retailer’s former group procurement director, lost her claim of unfair dismissal on the grounds that she had made protected disclosures following the Group’s 2013 banking crisis.

But the 68-page report that concluded the hearing is much more than a lengthy and complex document illustrating the legal minutiae of this case.

It is also a clear illustration of the pain and chaos that was occurring at The Co-op headquarters in Manchester in the immediate aftermath of its near-terminal financial implosion.

The submissions for the case were extensive - 12 volumes and 4,386-pages long with the tribunal only able to digest a core bundle of 821 pages.

On both sides the evidence was sometimes unreliable and unclear and left the judges not always knowing what they should believe.

The evidence of The Co-op’s CEO Richard Pennycook was described as “generally robust and impressive”. But the report said: “His answers to questions, though, made clear, as one might expect, that he was unaware of many of the details of the investigation and the evidence leading to the claimant’s dismissal.”

In short, this case happened when Pennycook and his executive and board were frantically trying to unravel the chaos they had inherited from the bank’s mismanagement: they were preoccupied by the fight for the very survival of The Co-op Group.

The tribunal’s report is also an illustration of the ripple effect of the meltdown that was happening all about them; they were frantically fighting to stay afloat in the aftermath of damning revelations that had the potential to blow the society to oblivion.

The Co-op may still have to compensate Harmeston for its failure to pay her legitimate expenses on time, and it may be revisiting its policies and procedures for handling employment issues.

But the mutual’s 2015 results are due out any day now and are expected to show the continued success of Pennycook and his team as they continue the hard ‘rebuild’ phase that followed the agonising ‘rescue’ phase and has yet to be concluded by the ‘renew’ phase.

Only then, when those results are known and the renew phase has been executed, will those of us who have struggled to get to grips with the machinations of the Harmeston case, be able to judge whether the fallout was a price worth paying.