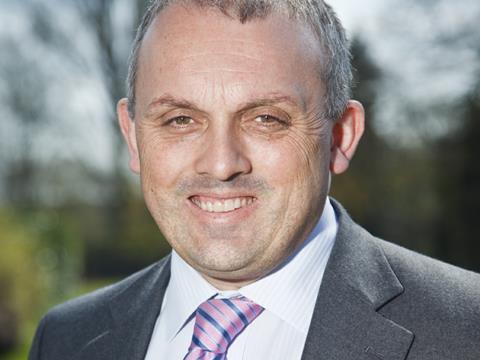 Turton: “We want to take the great work Him! does in the UK and internationalise it”

Neil Turton has quit Nisa after 23 years to hook up with c-store expert and Him! founder Tom Fender in a new international venture.

Turton and Fender, together with The Grocer’s publisher William Reed Business Media, have launched Him! International - a sister company to Him! UK - to provide shopper and retailer insight from convenience and food to go markets around the world.

Turton has been CEO of Nisa since 2007 and will leave the retail buying group in spring 2015.

On Him! International, Turton said that convenience retailing was one of the biggest growth trends in food retailing globally, so suppliers and retailers needed shopper insights to shape their strategy.

“We wanted to work under the Him! brand because there has been no company that has focused so obsessively on small format shoppers for so long as Him! in the UK,” he added. “Him! is famous for compelling shopper insights. We want to take the great work Him! does in the UK and internationalise it.”

Fender added that conversations with retailers, wholesalers and suppliers on the new venture had been “very positive”.

“The UK is a quite a mature convenience market and we’ve seen that internationally, convenience is growing at a fast rate of knots,” he said. “Companies are looking for countries to expand into, so our international ideas have been met with enthusiasm.”

Turton has led Nisa through a period of huge change, including fending off takeover approaches from Costcutter and Bibby Line Group, as well as the split from its wholesale business Today’s Group.

More recently, he has been working to make Nisa a more retail-focused business. This has seen the group adopt new store formats, revamp its own-label range and launch a well-received TV campaign.

“I’m leaving a business that has just enjoyed an excellent trading year with record volumes and highest ever sales,” Turton added.