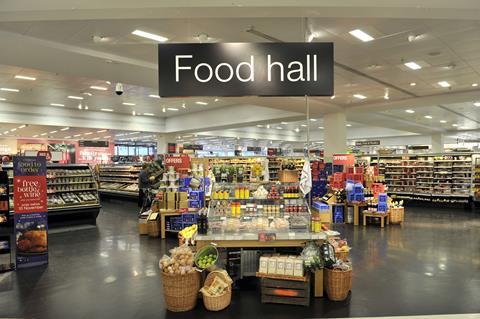 Marks & Spencer is likely to be cited in a parliamentary debate that will allege some employers are using the national living wage to drive down pay and employment conditions of staff.

The debate was proposed by living wage campaigner Siobhain McDonagh MP and approved on Monday by the House of Commons Backbench Select Committee.

It is scheduled for 3 November and will debate the motion: “That this House recognises Living Wage Week beginning 31 October; believes that the use of the introduction of the national living wage to drive down conditions and take home pay is against the spirit of the law; calls on the government to close down the loopholes that make this possible; and believes that any moves to reduce the value of the national living wage, below the promised £9 per hour in 2020, is unacceptable.”

McDonagh said the debate was a chance to discuss the NLW six months after its introduction as well as to celebrate Living Wage Week and employment practices that allowed employees to have a decent standard of living.

“But we will also highlight those employers who choose to use the introduction of the ‘national living wage’ to get round employment terms and reduce terms and conditions,” the MP said.

“The House has already been very effective in this regard. The debate held in April helped to get the offer to staff at B&Q increased from a one-year one-off payment to a two-year payment. That was a direct success.

“Marks & Spencer, the queen of the high street, has just issued new contracts to its long-standing staff - those who were employed prior to 2002 - and told them that they will be sacked by Christmas for some other substantial reason should they not choose to return those signed contracts.

“A debate will be particularly timely for those people. We have lots of long-standing members of staff at Marks & Spencer, B&Q and other retailers who say that hearing this spoken about in the House of Commons makes them feel that they are not on their own, and that people understand what is happening.”

McDonagh has targeted M&S after being contacted by staff who would be worse off as a result of its proposals to “simplify” wage structures where longer serving staff benefit from higher pay than more recently recruited colleagues for night shifts, bank holidays and Sundays. The MP delivered a 97,000-signature online petition to the company in September calling for it to reconsider its plans.

After consultation with colleagues, it improved its offer to compensate the 10% who would be worse off.

It is understood that no new contracts have been issued yet and the retailer is still considering cases on an individual basis where its longest-serving colleagues are unhappy.

“The company has no intention that anyone would leave M&S as a result of these changes,” a spokesman said.

“The changes, which will take effect from April, will reward our people in a fair and consistent way, simplify and modernise our business and make our colleagues amongst the highest paid in UK retail.

“Nobody need be worse off and the vast majority will receive higher total pay.”