Queen's Speech - what lies in store for fmcg? 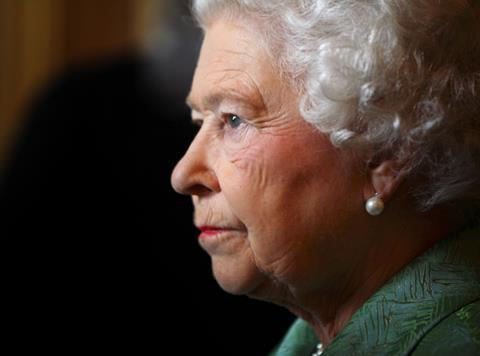 Not many would have predicted the election would end in the manner it did, with David Cameron triumphant and his three main rivals resigning their way into ignominy. It was a shocker. But that’s politics. Now it’s back to business.

And the business of politics means four or five years of petty squabbling, vicious backbiting, barefaced lies, subsidised drinking and double crossing that characterise those we elect to serve us. But before they can begin, this is Great Britain. It’s very important to make time for a healthy dose of pomp. So the Queen arrives in a horse-drawn carriage to get things going.

When she arrives, someone texts an official (known as Black Rod) so he knows it’s time to bang on the Commons door three times and lead the MPs out of the House of Commons for a wander to the House of Lords, where the Queen gives a speech from a throne.

You might imagine the Queen is perfectly capable of writing a fine speech, and at the ripe of age of 89 probably has plenty to say for herself, but instead she is handed a 1,000 word speech (this year it’s straight from CCHQ) to recite parrot fashion. She’s had enough practice, she’s been doing it since 1952, but it’s one thing to listen to these people. It must be quite another to join in like you mean it.

Anyway, as we all know, the Queen is a pro when it comes to smiling sweetly or looking serious. A useful skill when you have to give a speech extolling the virtues of slashing benefits and public spending whilst wearing a crown studded with 2868 diamonds, 17 sapphires, 11 emeralds and 269 pearls.

Then, after the speech is over, the MPs head back to the Commons to debate what was said. So what was said about the business of fmcg?

There were encouraging signs for smaller businesses. “Measures will also be introduced to reduce regulation on small businesses so they can create jobs,” said the Queen, signifying a move towards cutting red tape and reforming the business rates system as part of the government’s Enterprise Bill.

There was also good news for businesses based up north. “Legislation will be introduced to provide for the devolution of powers to cities with elected metro mayors, helping to build a northern powerhouse,” said the Queen.

Those who lived through the 1980s may find the concept of the Tories even knowing where the north is surprising, let alone turning it into a powerhouse, but it’s long overdue.

“We welcome the investment in road and motorway upgrades as part of the northern powerhouses proposal,” said Chris Kingshott, MD of manufacturing at Wincanton, which operates logistics for some of the UK’s biggest retailers.

Via his regal conduit the PM also promised that there will be no rises in Income Tax rates, VAT or National Insurance for the next five years. The VAT freeze in particular will be a boon to retailers.

Finally, the National Federation of Retail Newsagents has welcomed the proposed ban on legal highs, or as the Queen called them, the new generation of psychoactive drugs.

“The Federation and its members are pleased the government has acted now to tackle this growing problem,” said NFRN National President Martyn Brown. “I have continuously warned members to avoid these substances, as many people do not understand the effect they can have on people.”

The NFRN also joined the ACS in welcoming the move towards simplifying things for small business, saying the decision by government to “extend its undertaking of burdensome regulation is a positive move for small businesses.”

Cuts to business rates and red tape would indeed be very welcome. Now it’s just a case of waiting to see whether the government means it.