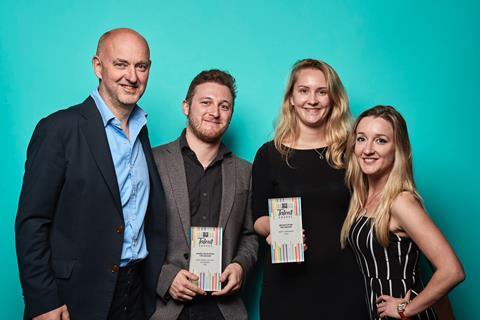 The Grocer has scooped two gongs at the BSME Talent Awards.

The awards, which were announced yesterday evening (10 June), celebrate the best magazine editorial and design talent of Britain.

Tatum was praised by the judges for leading the “sustained” Waste Not Want Not campaign, which delivered “demonstrable results”, beating competition from GQ’s State of Man campaign and Where’s Your Head At? by Bauer Media Group.

Judges thought Woolfson’s knack for “great storytelling” while “covering a tough market” pushed him ahead of the competition in his category, which included journalists from Campaign, Property Week and The Architects’ Journal.